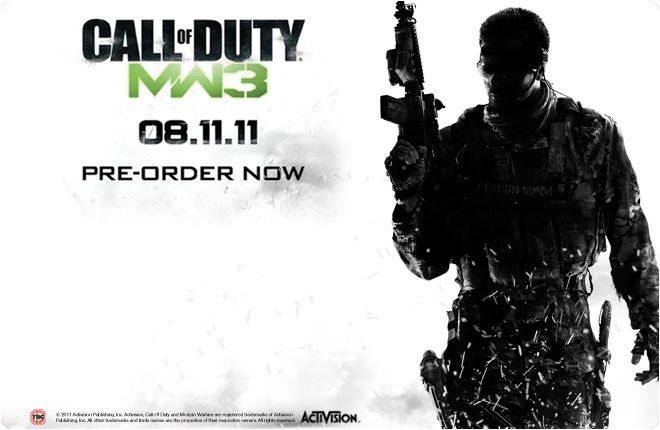 Activison is set to release the third title of its Call of Duty: Modern Warfare Series "Modern Warfare 3" on November 8th 2011. We already detailed lots of stuff about the game which includes Spoilers,
Screenshots, Video Teasers and More here.

Good news for fans of the series just arrived as the game is now available for Pre-Orders on http://hmv.com where the game is being sold for £39.99 for the PC version and £44.99 for the PS3 and Xbox 360 version.

The Call of Duty series is already the best selling Online First Person Shooter with its Black Ops game exceeding many huge titles in terms of sales and maximum numbers of online players playing. You can also view the June issue of GameStop magazine here.