Call Of Duty: Ghosts is doing much better than the Battlefield 4 in market and to keep it that way, Infinity Ward is rolling new downloadable content for the game. The Season Pass for the game was already announced couple of months ago, which included four DLCs. The first Call Of Duty: Ghosts DLC, Onslaught (as stated on the Season Pass) has been confirmed for release. 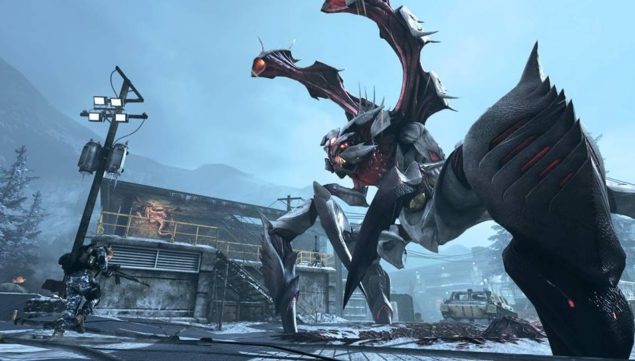 Infinity Ward has announced "Onslaught", the first Call Of Duty: Ghosts DLC since the launch of the game. The DLC would bring new episodic content and maps for the Extinction mode of the game. Call Of Duty: Ghosts DLC would be released on January 28th, Xbox One and Xbox 360 players would be able to get their hands on the DLC before PlayStation 4 and PlayStation 3 players.

Signs of Call of Duty: Ghosts DLC were first spotted in a GameStop store, the promotional posters and banners in the store listed the release date of the new downloadable content along with new maps and a bonus weapons. It was also mentioned on the poster that the DLC would be released first on Xbox Live, it would remain Xbox360 and Xbox One exclusive for about one month and then would apparently be released for PC, PlayStation 4, PlayStation 3 and possibly Wii U on February 27, 2014. 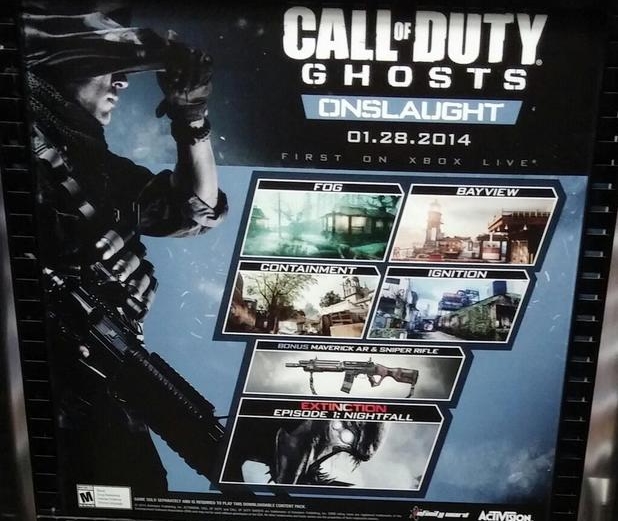 Infinity Ward has confirmed recently through its Twitter and Call Of Duty Instagram account that the first Call Of Duty: Ghosts DLC will debut on January 28th, bringing additional content for the game. The new downloadable content would also introduce a new enemy to the Extinction mode of the game and the four-player co-op alien fight mode would also get a new map called Nightfall. A new teaser video of the Call Of Duty: Ghosts DLC has been posted on the Instagram page of the game.

Onslaught would reportedly feature four new maps named as Fog, Containment, Bayview and Ignition. The first DLC would also come with two new bonus weapons called as Maverick AR and Sniper Sniper. Fog, Containment, Bayview and Ignition. The standalone price of the DLC has not been confirmed yet but those players who have already bought the Season Pass for £34.99 would be able to get their hands on the DLC for free.

Infinity Ward has announced names for four DLC packs that would be released for the game with time. The DLC packs, namely Onslaught, Devastation, Invasion and Nemesis would be released as the part of the Season Pass for the game and as standalone. The word ODIN is spelled when we take the first letter of every Call Of Duty: Ghosts DLC, which is the name of chief GOD in Norse mythology (you perhaps know him from the movie, Thor).