Call of Duty: Black Ops III has been hotly anticipated for a number of reasons. Black Ops II and the original were highly regarded in gameplay, storytelling and even in graphics. They upped the bar and kept linear first-person shooters fresh with a very good and immersive experience. It also helps that the multiplayer in Black Ops II was very popular, being played by ever increasing numbers of people after the rather stale launches of Call of Duty: Ghosts and even Advanced Warfare. 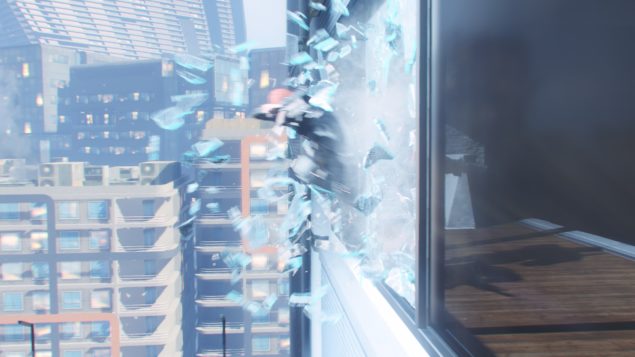 Black Ops III is fundamentally the same in terms of graphics as Advanced Warfare and even Ghosts. The underlying engine remains a heavily modified IW engine that’s been used for Call of Duty games since Call of Duty 2, moving to an internal engine and away from using IdTech. The engine itself is obviously highly modified, owing to a greater range of graphical options and it’s capability to render environmental and character details that are quite good. This version of the IW engine has an improved renderer, improved lighting, an improved shadow map renderer, a completely new animation system and a vastly improved AI system.

The problem is that building upon the base of something older sometimes means that older code still persists, or new additions can have undesired effects, even if it’s been validated and tested extremely well. This has never been more apparent than in Call of Duty: Black Ops III, where your framerate can vary wildly within a given scene at any given time for reasons that seem to be largely unknown. Even in five separate runs with the same GPU through a particular area to capture performance resulted in sometimes drastically different results.

Performance has been nothing short of quizzical for many, with framerate drops, high memory usage and all sorts of strange occurances happening in Black Ops III. Certainly, it looks good and it’s even fun to play (with our own review coming shortly) both in singleplayer and multiplayer. But the performance leaves a lot to be desired at the moment.

That being said, I performed five separate tests with each GPU and averaged the results, which should be very close to what you can actually achieve as of the time of this writing with the settings I used. To test, I ran through the intro mission as it makes use of a plethora of different effects and geometry on screen varies from a thousand polygons to a few million.

It's important to note that multiplayer was much more stable in framerate. There were less dips and all the below rigs were able to keep acceptable framerates throughout a fast-paced match.

During our analysis it was noted that one particular setting had the largest effect on video memory usage and this on framerate. The Shadow Map size seemed to be the culprit that destroyed performance for cards with less than 6GB, and even 12GB, as we’ll see later. The difference in actual quality when moving from the maximum quality to the setting right beneath it. But the performance difference on 4GB and less cards was astounding. But, let’s get into it and take a look at how it plays.