After Call of Duty: Black Ops first DLC has not hit the PC / 360 and the PS3 Activisions future plans for a 2nd DLC have leaked their way on the internet, under the name of the “Escalation Pack” offers 4 Multiplayer maps named “Zoo, Hotel, Convoy, Stockpile” and a new Zombie map known as “Survive” zombies map. The picture shows us two things, that first just like First strike the DLC will premiere on XBOX live and SECOND the release date of the DLC is 3/5/2011. 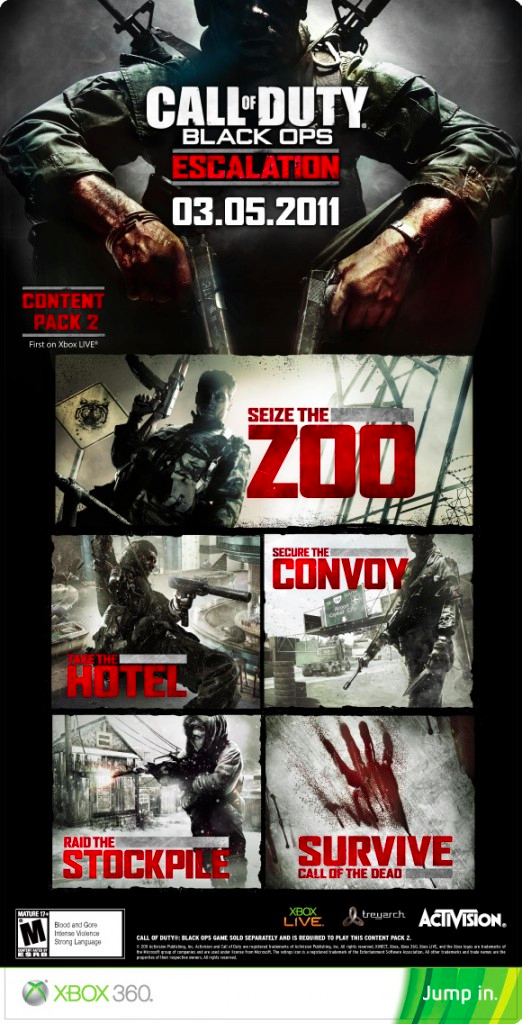 I am very confident that the image is DEFINITELY not a fake, and that's just bad news cause this is sure to piss off the big wigs over at Activision 😀