Treyarch originally planned on the Call of Duty: Black Ops 3 beta to run through the weekend, ending last night, but they've instead extended the test to include today to try to make your Monday a little bit better this week.

If you missed out on the Black Ops 3 beta test, you've got until tonight to join in on the fun.

The actual reasoning is because they simply agree that you're all having far too much fun than should be legal, and the more people testing the servers the better they can get an idea so they can optimize things for the finished product. Thankfully this also gives those that really enjoyed it something to look forward to after a long Monday.

Thus far there has been quite a bit of helpful feedback in order to fix small and large issues regarding lag, the netcode and of course balance issues.

The multiplayer beta for Black Ops 3 was a not surprising hit among CoD fans, being more familiar to historic fans of the franchise. There are six specialist characters that you're able to play as with three different maps and eight total game modes. Thus far it's marginally slower in pace than Advanced Warfare, though perhaps in a welcome way. 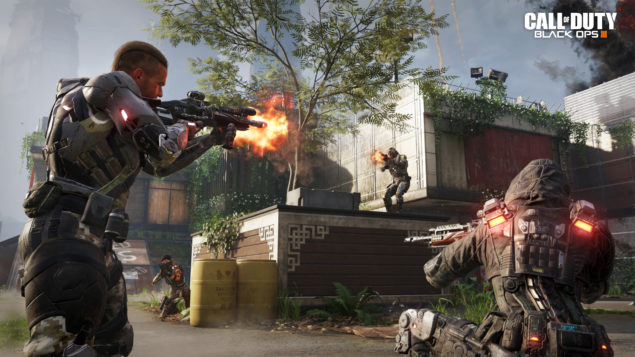