There are still a couple of days left before Sledgehammer Games’ most boasted Call of Duty: Advanced Warfare will be officially launched and available for purchase in local markets. However, following the common trend that is going on with major triple A games, the next big installment in Activision’s hardened first-person shooter franchise is already out in the wild and a significant number of players are already enjoying it on their last and latest-gen video game consoles. If you are curious about how Call of Duty: Advanced Warfare justifies developers’ claim and shows a true generation gap, here is a screenshot comparison of the game running on last and latest-gen consoles. 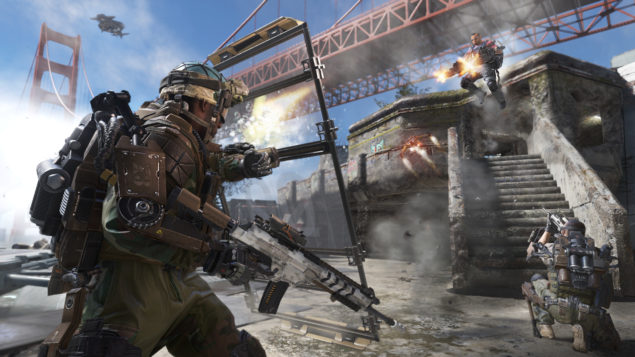 Envisioning the powerful battlegrounds of the future where both technology and tactics play a very important role in desolating combats and armed conflicts, Call of Duty: Advanced Warfare is boasted to be the most advanced title in Activision’s veteran first person shooter franchise. Delivering stunning, next-gen graphics and textures that show the power of latest consoles, the game offers a new, polished gameplay experience with futuristic weaponry and environments, and game-changing combat and shoot-out mechanics that will fundamentally change the way gamers play Call of Duty across all modes.

Call of Duty: Advanced Warfare comes as a cross-platform title, though according to the publisher, the game has been developed keeping the main focus on PC and latest consoles, and their hardware offerings. Sledgehammer Games is responsible for the development of next-gen versions of the game, which are many times boasted to be unlike any Call of Duty title you have ever played before on previous consoles. Now that Call of Duty: Advanced Warfare is already out in the wild across all consoles, we can finally check what all the hype was about.

To check how Call of Duty: Advanced Warfare takes advantage of the hardware power offered by the latest consoles to hold up against its last-gen versions, our friends over at GearNuke compared the game running on PlayStation 3 and Xbox 360 consoles to PlayStation 4 and Xbox One consoles. The comparison clearly shows a great graphical gap between the last-gen and latest-gen consoles, with the next-gen version of the game being more enhanced in almost all aspects.

The site also claims that the game runs at 60fps (not confirmed whether locked or unlocked) on last-gen consoles and that is apparently why the resolution seems to be even lower than 720p, where as, it is native 1080p on the PlayStation 4 and 900p on Xbox One. You can check out the Call of Duty: Advanced Warfare last vs latest-gen screenshot comparison below. 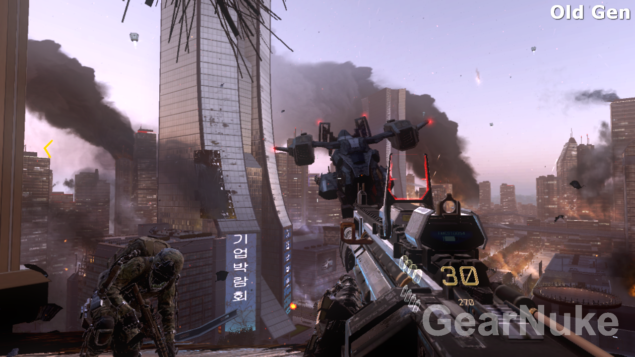 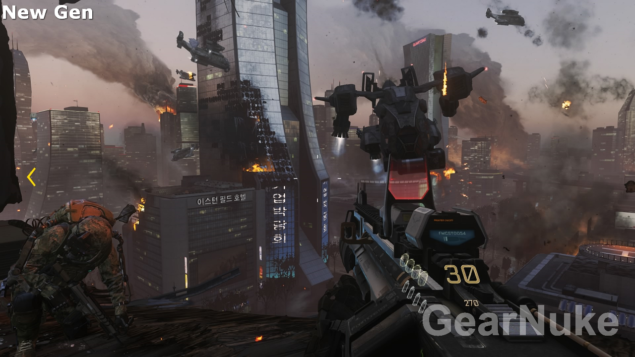 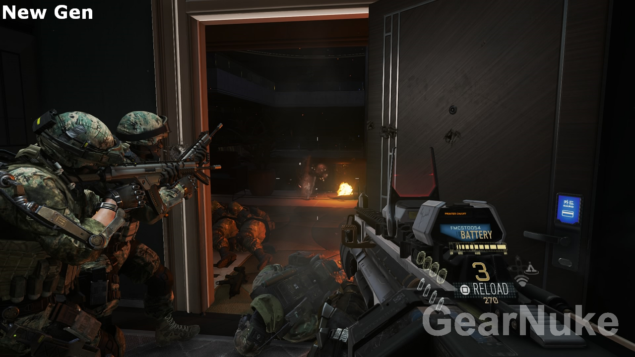 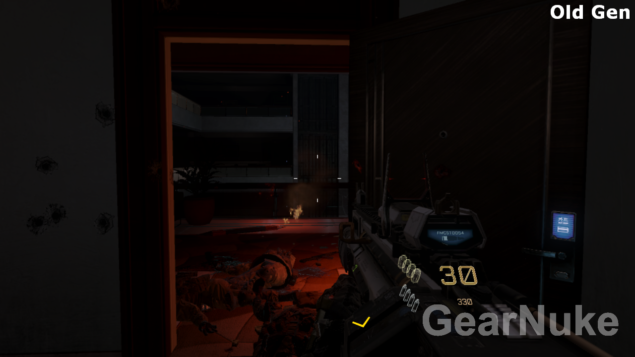