Caffeine Dev: DirectX 12 Can Boost FPS By 20% On PC – Xbox One Version Would Reap More Benefit

The latest highly anticipated iteration of Microsoft’s most extensively used low-level graphics API is finally out and is now being tested and benchmarked with Oxide Game’s RTS game Ashes of Singularity across various hardware. While the benchmarks cite blended results for DirectX 12, the claims regarding the new API being a performance booster for games on PC and Xbox One are still springing up on the internet, with the latest one coming from the developer of Caffeine who claims that the latest API can boost the FPS of the game by 20 percent. 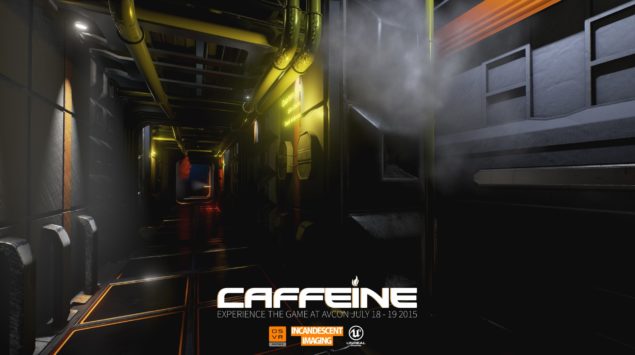 Caffeine is an upcoming first person psychological horror adventure game with environmental puzzles. Currently being worked on at Incandescent Imaging for PC, Xbox One and PlayStation 4, the game first entered the development process last year. Dylan Browne, the mastermind behind Caffeine, initially started working on the game with Epic Game’s Unreal Engine 3, but later moved to Unreal Engine 4. Recently, GameZone got a chance to sit down and talk with Browne about Caffeine’s gameplay setup, and the problems that he has faced so far during the development process of the game.

When asked if DirectX 12 proved to be a considerable change on PC and Xbox One performance wise, Browne gave an interesting answer. According to him, DirectX 12 offers a significant performance boost and affects the game development in a good way. “20-ish% performance increase” in frame-rate is notable in most cases on PC. The developer said that this improvement in performance will also greatly affect the Xbox One version of the game in a positive way, as he believes that Microsoft’s console is a little “underpowered” compared to Sony’s PlayStation 4. He said:

"Oh it should help a lot. I've been in the Direct X12 developer program for a while. So, I've been playing around with a lot of those builds of Unreal Engine and seeing how they play out. Usually you're seeing a 20-ish% performance increase in most cases. So it definitely boosts the FPS which would allow to increase, especially on Xbox, which is a little more under powered obviously then your PS4".

"On Xbox, it might allow me to do things like have the soft chatters that I have on PC which I didn't originally enable when I started to port to Xbox mainly because it was cut out due to performance, but it performs pretty well. I could actually probably enable them on the current build but when I get a Direct X12 build I'll be looking into more ways to up the resolution and things like that".

Browne clarified that by 20% performance increase, he means 20% increase in FPS only on PC, as Xbox One, according to him, might reap more advantage. The reason that he put forward to justify his statement was that all Xbox One consoles are the same, whereas there are different drivers and a wider range of individual internal hardware that needs to be accounted for when talking about PCs. Caffeine is expected to release on PC in three different segments with part one being released by the end of 2015. PlayStation 4 and Xbox One versions of the game will most likely hit the shelves in 2016.