Cabela's African Adventure will be releasing on PS4 and Xbox One tomorrow, and will bring with it a slew of trophies and achievements.

Explore the vast wilderness of Africa on foot and by vehicle, where you’ll go head to head with the most ferocious beasts on the planet as you attempt to take down the biggest of the "Big 5:" The Rhino, Lion, Leopard, Cape Buffalo & African Elephant! 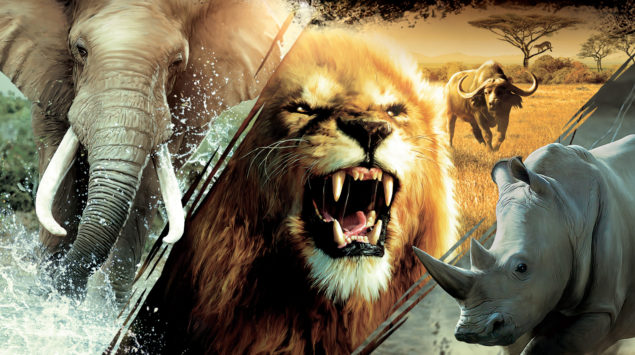 A list of achievements and scores can be viewed below:

Gunsmith (50)
Unlock all upgrades for all firearms

No Scratch (50)
Complete one region without dying

King’s Statue (50)
Gather all the pieces of the statue

Arsenal (50)
Unlock all rifles and shotguns

Fast Hands (30)
While shooting from the hip, take down 20 animals

Feline Grace (30)
Complete at least 5 hunts without being detected

Full Options (30)
Unlock all the abilities

Dancing in the Ring (10)
Dodge at least one Lion, Leopard, and Cheetah during Story Mode

Dodge This! (10)
Dodge an Elephant, Hippo, Rhino and Buffalo at least once during Story Mode

My Style (10)
Create your first deck of 3 abilities

African Hunter (5)
Take down one animal in Story Mode

Cabela’s African Adventures was initially releases for the PS3, Xbox 360 and PC back in 2013. The new-gen versions promise to take advantage of the current hardware.