Buffett Doubles Down on Apple While Accounting Changes Mean a Loss

Warren Buffett. Whether you agree with the calls the man has made in his illustrious investing career or not, when he talks, you’d better listen because this is a man who can move markets and this week was no exception. Buffett, interviewed this week on CNBC let slip in advance of Berkshire Hathaway’s (NYSE:BRK.A) earnings release today that the company has increased its position in Apple (NASDAQ:AAPL) by about another 75 million shares, on top of the already sizeable holding of over 163 million shares it held at the end of 2017.

Following on from that announcement, Apple stock surged yesterday and finished the day up almost 4% with Tim Cook himself also saying to CNBC that he was “thrilled to have Warren and Berkshire as a major investor”. Major investor is right, the company now ranks as the third largest Apple shareholder (after Vanguard and BlackRock) with its stake worth about $44 billion as of Friday’s close (a gain of about $1.6 billion for the day, talk about talking your own book!).

Against this backdrop, Apple reported a reasonable quarter and the stock now stands about $20 per share short of giving it a trillion dollar market capitalisation.

Buffett also had words for those on Wall Street who had been worried about bad signs on the iPhone X sales numbers for the quarter in the run up to Apple’s earnings release. From his perspective, analysts obsessing over these kind of numbers “totally misses the point”, going on to compare buying stock to buying a farm saying “nobody buys a farm based on whether they think it’s going to rain next year or not”, saying the relevant question is where do you think the company is going to be in the next 10 or 20 years.

Somewhat oddly, he also said that it was like worrying about how many Blackberry’s were sold in a quarter 10 years ago, rather than what would happen in the next 10 years. Clearly Warren is looking to Apple’s next 10 years thinking that the future is bright, even so, it’s an odd comparison to draw given what happened to Blackberry after the smartphone revolution which marked its ultimate demise.

Buffett himself has had a long term aversion to technology stocks, saying he never invests in things he doesn’t understand. Apple is the exception to his rule, clearly he feels comfortable enough that he understands the company and its business to have made such a sizeable call on it given that its shares now represent almost a quarter of Berkshire Hathaway’s portfolio.

Moving away from the Sage of Omaha’s thoughts on Apple, his company itself reported its first quarterly loss since 2009, all the while warnings about “nightmare” accounting rule changes. Effectively, the new rules require Berkshire to report unrealised gains or losses in equity investments as part of net income, an oddity in many respects and one which doesn’t particularly help Berkshire Hathaway’s headline numbers because it of course has a huge portfolio of over $170 billion and the fluctuations in a portfolio of that size quarter to quarter will see huge swings. 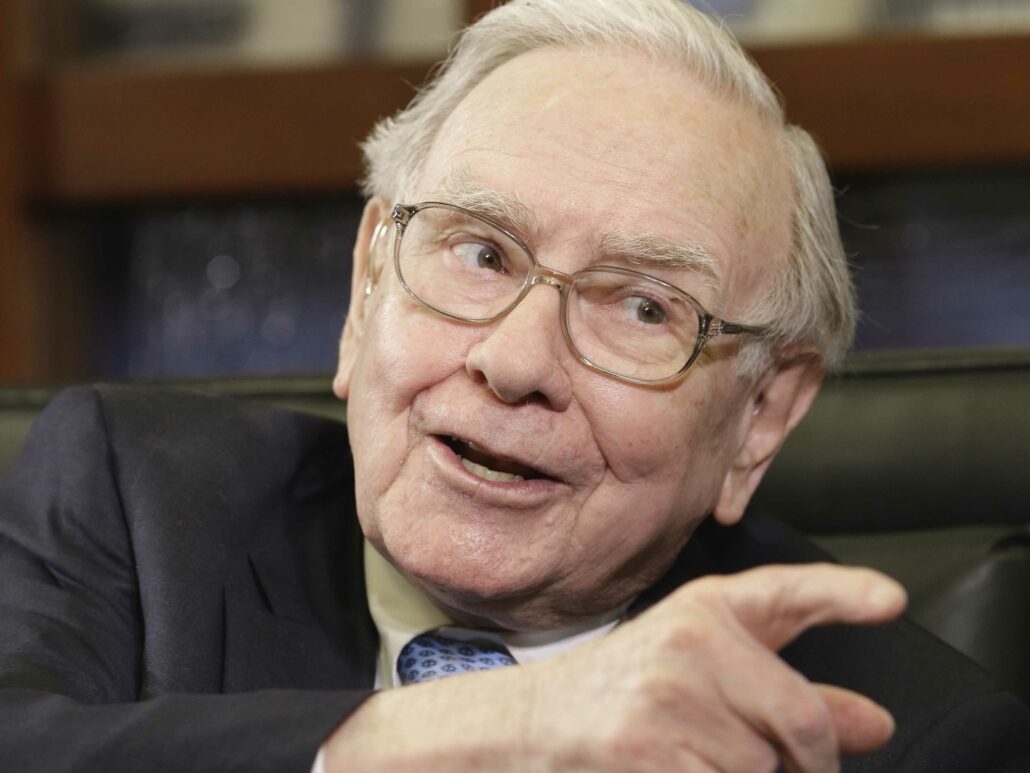 From an accounting perspective, it’s interesting to look at. Historically the difference between realised and unrealised gains and losses can be very important. If you looked at the Irish housing market in the run up to the for example, there were almost no foreclosures when comparing it to foreclosure rates in other western countries as a proportion of mortgage arrears.

Many things contributed to this problem, but perhaps none more so than the fact that banks themselves didn’t want to actually foreclose on bad debtors because while a mortgage is in arrears, it still potentially has value in being reported on a banks books, but as soon as a bank foreclosed on a property, it goes from being a vague “problem loan” to being a realised loss (that is, a loss which has to be reported on its balance sheet).

While nobody is arguing that Berkshire Hathaway is about to go bust as a result of its unrealised losses, it’s important to note that situations like this are much more important when it comes to less well capitalised firms than Berkshire, as well as those which play with riskier investment instruments than equities, so the accounting rule change makes sense, but investors would do well to keep in mind that the underlying structure of the business they are looking to invest in may not be appropriately represented by unrealised gains or losses and look closely at the difference to operating results.