Portal Is Returning with An Unexpected Bridge Constructor Crossover 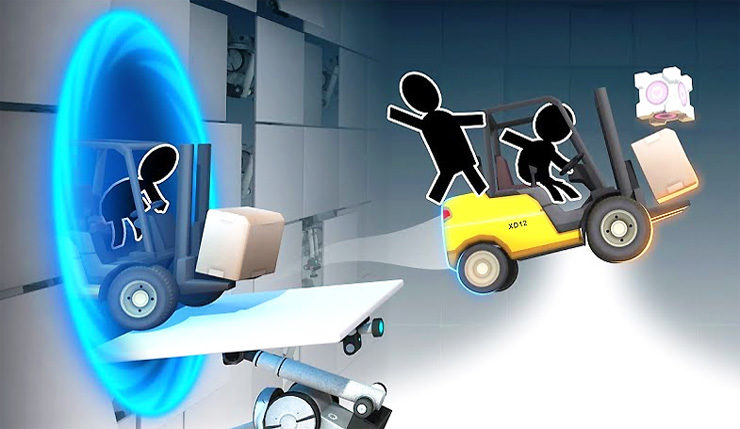 It’s very unlikely we’re ever going to get a proper third entry in the Portal series. Valve doesn’t seem particularly interested in making games like Portal anymore, and series co-creator and head writer Erik Wolpaw left the company earlier this year. All that said, the series will be making a return of sorts later this month with the just-announced Bridge Constructor Portal. It’s no Portal 3, but it’s something!

As the name implies, Bridge Constructor Portal is the next entry in the popular Bridge Constructor series, with Portal-inspired visuals and mechanics. You can check out a brief teaser trailer and description from publisher Headup Games, below.

“Hello and welcome back to the Aperture Science computer-aided enrichment center. We welcome all lucky applicants to Bridge Constructor Portal with our new vehicle-based test chambers, Quantum Tunnels and patented Aperture technology!

For the last year we've been working in our underground labs on the next iteration of the million-selling Bridge Constructor series. This new stand-alone title will fully embraces the Portal license, one of the most beloved video game franchises of the last decade. Bridge Constructor Portal will blend the laws of structural engineering and technology straight from Aperture Laboratories into an exciting new game experience, all under the demanding gaze of GLaDOS.”

I admit, I’ve never really understood the enduring popularity of bridge-building sims, but this is at least a somewhat interesting use of the Portal license. As the following screenshots show, bridge building and interdimensional portals ought to combine to create some pretty mind-boggling puzzles.

Like, what’s even going on in those screens? I honestly couldn’t tell you. I suggest you stock up on Advil before playing this one.

Bridge Constructor Portal hits PC, Mac, Linux, iOS, and Android on December 20. The game will jump to consoles sometime in 2018.