A device named BrainPort V100 has been approved through FDA (Food and Drug Administration) in US before the availability for sale. It’s a gadget which seems like a pair of sunglasses which aids the blind users to figure out what do they have in their surroundings just by the use of tongue array which is already attached with the spectacles. The spectacles assist the user by translating the surroundings into the electrical pulses to let them know what is happening around them. Once a user learns how to decode it, they become capable enough to know whether the objects around them are stationary or moving at that time. 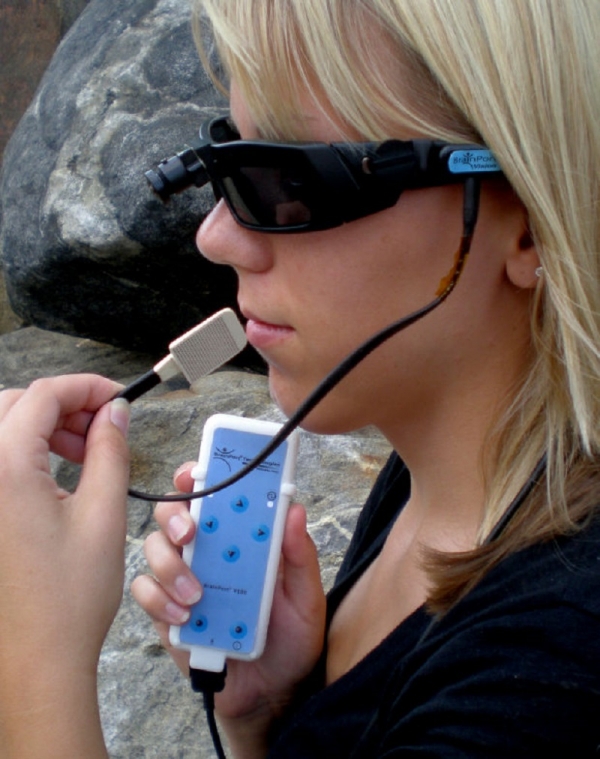 Wicab(Parent Company) describes BrainPort V100 as a "400-point refreshable braille" device, and mentioned it as the like "sparkling water or vibrations" felt on the tongue-by using the remote attached the user can also change the strength and frequency of pulses as well. The company Wicab says this equipment is found to be the most appropriate for the ones who have no constructive vision.

Before wearing the spectacles the user must have a minimum training of 10 hours by the certified trainer or expert otherwise you cannot step out on your own. It entails ample practice to become master of using this gadget. It can be used for continuous 3 hours because of integrated rechargeable battery. It is supposed to be one of the latest technologies. It's also the latest technology gadget which incorporates new opportunities for the disabled people. According to FDA approval has been given to launch the product in the market and start selling BrainPort V100 although no exact date has been announced.

According to Alexandra Ossola at Popular Science, buyers have to have $10,000 for purchasing the gadget. It took about six years in developing this gadget. It is reported by Wicab that 69 percent users which were selected for testing BrainPort V100 recognized the subjects around them after a good practice of one year. It is very efficient when the pulses on your tongue go off.

Wicab said "The BrainPort V100 has been tested by individuals with no usable vision, both congenitally blind and with acquired blindness".

The FDA approval ruling says  that this gadget can be used as a guiding dog or a walking stick. The users cannot utterly depend on the BrainPort V100 but it provides them with an idea about their surroundings.

FDA's William Maisel announced the news that "Medical device innovations like this have the potential to help millions of people," they said "It is important we continue advancing device technology to help blind Americans live better, more independent lives." 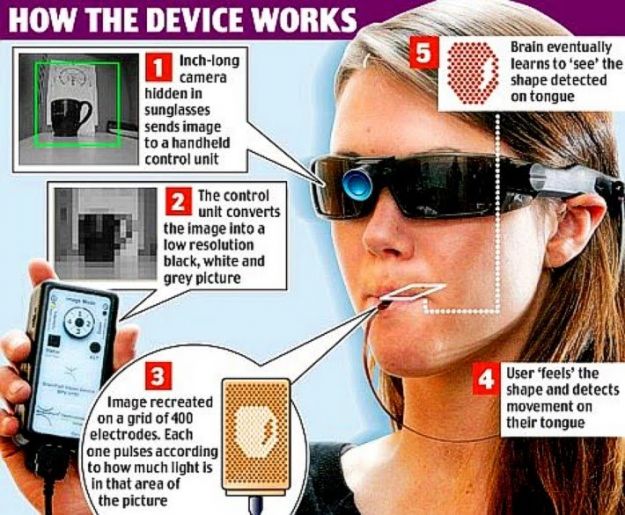