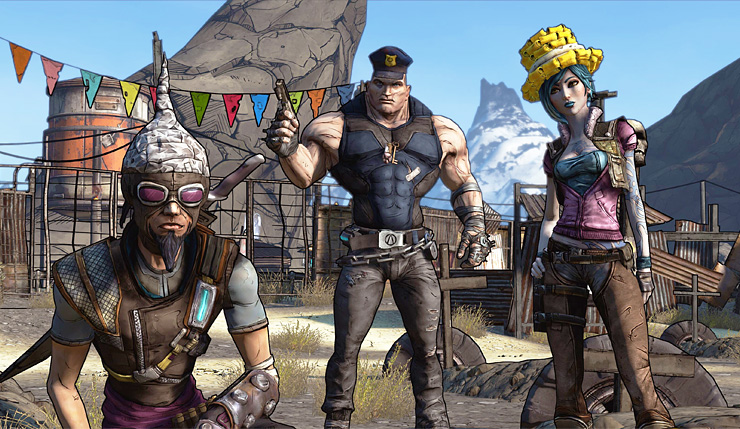 Just minutes ago at PAX East 2019, Gearbox Software finally pulled the curtain back on Borderlands 3, but that’s not the only big Borderlands reveal they had under their belt. They also announced a full 4K remaster for the original Borderlands, and 4K texture packs for Borderlands 2 and Borderlands: The Pre-Sequel (as well as Borderlands: The Handsome Collection, which includes both games).

The Borderlands: Game of the Year Edition is probably the slightly bigger news, as this is the first time the original game has come to Xbox One and PS4. The remaster will include reworked 4K visuals, 4-player co-op, and a variety of quality-of-life improvements. You can check out a trailer and details, below.

Visually Remastered: Xbox One X and PS4 Pro, players can enjoy 4K Ultra HD and HDR, though the improved lighting, textures, and character models shine on every platform. Applies to the base game, as well as all add-on content.

Quality of Life Improvements: Significant updates to the game’s supporting systems allow for a smoother overall experience. For example:

Rewards Ready: With the addition of the SHiFT player rewards program, you can now use Golden Keys to unlock special in-game items and rewards. Returning SHiFT users who’ve played Borderlands 2 or The Pre-Sequel on PS4, Xbox One, or PC will receive 75 free Golden Keys, as well as two randomly selected all-new weapons, for their first newly-created Vault Hunter.

Added Firepower: A new set of six named, custom-skinned Legendary weapons make the base game’s arsenal even deeper. Beat bosses or gather Golden Keys for a chance to collect ‘em all.

Badder Boss Battle: In direct response to fan feedback, the campaign’s final boss encounter has been adjusted to be more engaging, challenging, and rewarding.

Cosmetic Customization: For the first time, you will be able to customize your Vault Hunter beyond simply selecting a color scheme. Each of the four available characters has five brand new cosmetic heads unlocked and equippable right from the start of the game.

If you own the original Borderlands on Steam, you’ll be able to get all the new remaster content for free. Meanwhile, the Borderlands 2 and Borderlands: The Pre-Sequel ultra-HD texture packs will improve both games’ textures and assets on all platforms, but only PC, PS4 Pro, and Xbox One X owners will be able to appreciate them in full 4K.

Both Borderlands: Game of the Year Edition and the Borderlands 2/Pre-Sequel 4K texture packs will be available on PC, Xbox One, and PS4 on April 3rd.