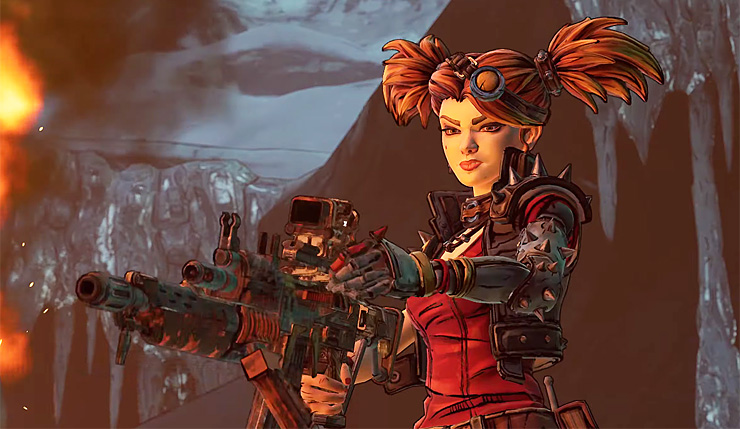 Back when Borderlands 3 was first revealed to be an Epic Games Store exclusive (to much controversy), Gearbox’s Randy Pitchford implied it probably wouldn’t last very long, and he wasn’t lying. Borderlands 3 will be hitting Steam in March, only six months after release. The Steam version of BL3 will include full crossplay support with the Epic version, so whatever side you’re on in the great PC Storefront Wars, you can still blast Psychos together.

Meanwhile, Gearbox has also unveiled Borderlands 3’s second chunk of story DLC, Guns, Love, and Tentacles: The Marriage of Wainwright & Hammerlock. Don’t let the mention of marriage fool you, this update is more about battling Lovecraftian horrors than romance. Check out a trailer, below.

Here’s a bit more detail about The Marriage of Wainwright & Hammerlock:

Sir Alistair Hammerlock and Wainwright Jakobs are finally tying the knot, and they want you to come celebrate their upcoming nuptials on the ice planet of Xylourgos. Its frozen wastes have thinned out all but the most vicious wildlife, and the eerie town of Cursehaven – where you've all agreed to meet – is located beneath the colossal carcass of a fallen Vault Monster. As if this ice world's biting cold and vicious wildlife weren’t unwelcoming enough, a band of creepy occultists who worship the Vault Monster's carcass are hellbent on breaking up the betrothed partners. Luckily, the most badass wedding planner in the galaxy has your back: Gaige, a fugitive Vault Hunter (and returning fan-favorite character) who's inseparable from her robot BFF Deathtrap. And that’s not all:

The Marriage of Wainwright & Hammerlock is part of Borderlands 3’s $50 season pass, which will eventually deliver four campaign add-ons. Moxxi's Heist of The Handsome Jackpot has already been released. Gearbox has also provided a roadmap to the free updates you can expect over the next few months (click the image for full resolution) 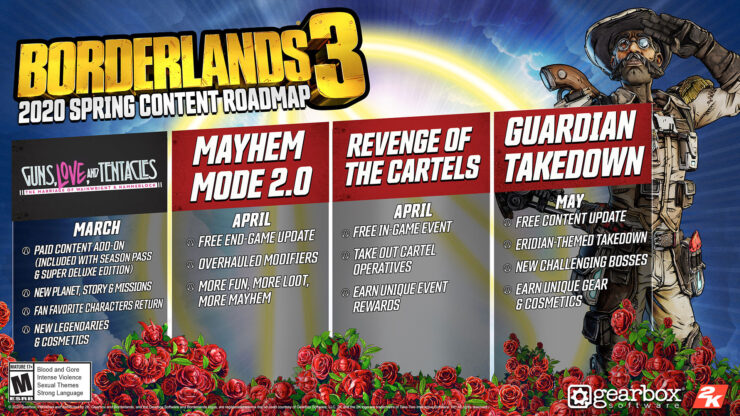 …cowboys and dinosaurs? Sure, what the heck, sign me up!

Borderlands 3 is available now on PC, Xbox One, PS4, and Stadia. The game will be available on Steam on March 13 and you’re cordially invited to The Marriage of Wainwright & Hammerlock on March 26.