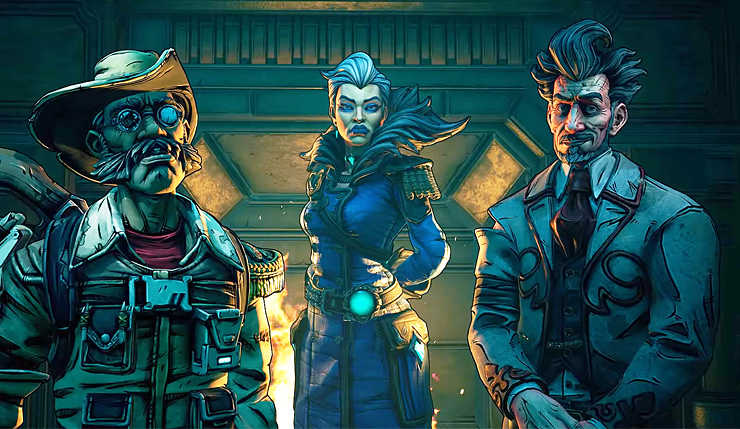 Yesterday at PAX East 2019, Gearbox Software finally announced Borderlands 3, but also left a lot of things unsaid. The most pressing question is simply, “When does the game come out?” as no platforms or release date was revealed. Well, eagle-eyed fans may have discovered a clue in the game’s debut trailer.

Gearbox clearly loves Easter eggs, the Borderlands 3 teaser was nothing but one long Easter egg, and it seems the latest trailer has some as well. Redditor Zottelpanda noticed the somewhat-conspicuous digits 01 and 10 on the side of buildings at the 1:40 and 1:52 marks (check out the images, below).

Our Redditor’s theory is those numbers represent a date – depending on the format you use, 01 10 could either be October 1 or January 10, with the former seeming a lot more likely, as this October marks the 10th anniversary of the Borderlands franchise. It should also be noted that October 1 is a Tuesday, which is when new games usually launch. Obviously, take this with a hefty grain of salt, but an October release would certainly make sense. Also, again, Gearbox loves Easter eggs – they devoted the first 15 minutes of their Borderlands 3 reveal to highlighting the secrets in the game’s teaser. It’s 100 percent their M.O. to do something like this.

Haven’t had a chance to watch the Borderlands 3 trailer yet? You can check it out here. It seems like Gearbox is mostly sticking to what works -- a traditional four-player co-op experience, featuring 4K cell-shaded graphics, returning characters like Tiny Tina, Sir Hammerlock, and Claptrap, and over a billion procedurally-generated guns to collect.

More Borderlands 3 info will be revealed on April 3, so hopefully the release date will be confirmed then. What do you think? Does the October 1 theory seem plausible to you?