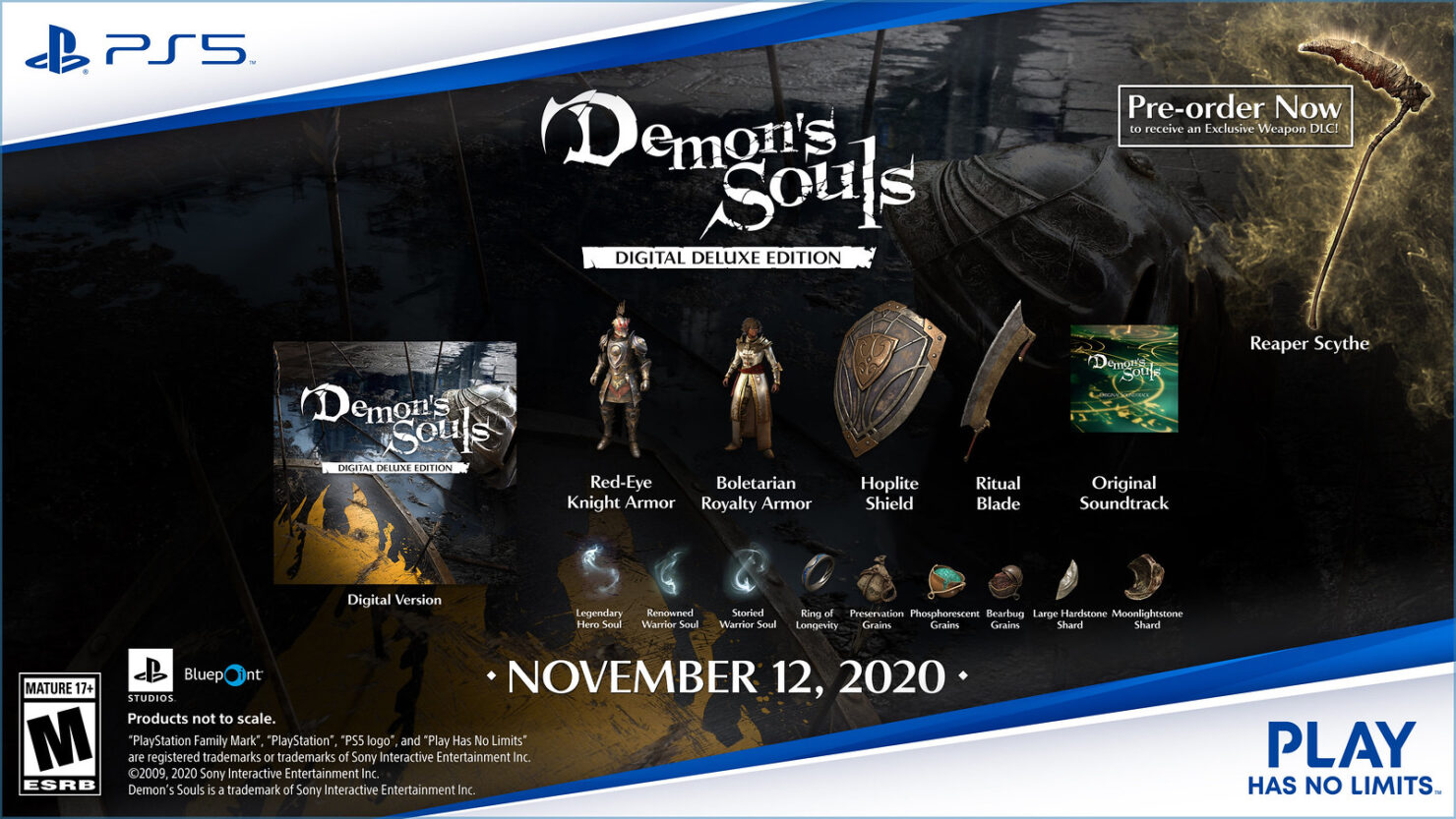 For an additional $20 over the standard release of Demon’s Souls on PlayStation 5, players will have early access to a bevy of tools and gear to help them last a few moments longer in the forsaken lands of Boletaria.

Interestingly, each of the equippable items are new to Demon’s Souls, implying that Bluepoint will be adding some new items and gear to their complete remake of the PlayStation 3 classic. The Reaper Scythe alone is a brand new weapon type for the game, and while it isn’t exclusive to the digital deluxe edition, will be an exclusive weapon that’s only available as a pre-order bonus. The Ritual Blade, Hoplite Shield, and armor sets are all brand new additions to Demon’s Souls as well as the Ring of Longevity whose effects are still unknown.

The Demon’s Souls Digital Deluxe Edition, available to pre-order today at PlayStation Store for $89.99 / €99.99, includes the full game and additional in-game digital content to prepare you for the ultimate challenge, including:

The Digital Deluxe Edition for Demon’s Souls will be available exclusively on PlayStation 5 and will launch on November 12th alongside the new console. This hardcore action RPG will also be available as a standard physical release for $69.99 in the USA at launch.