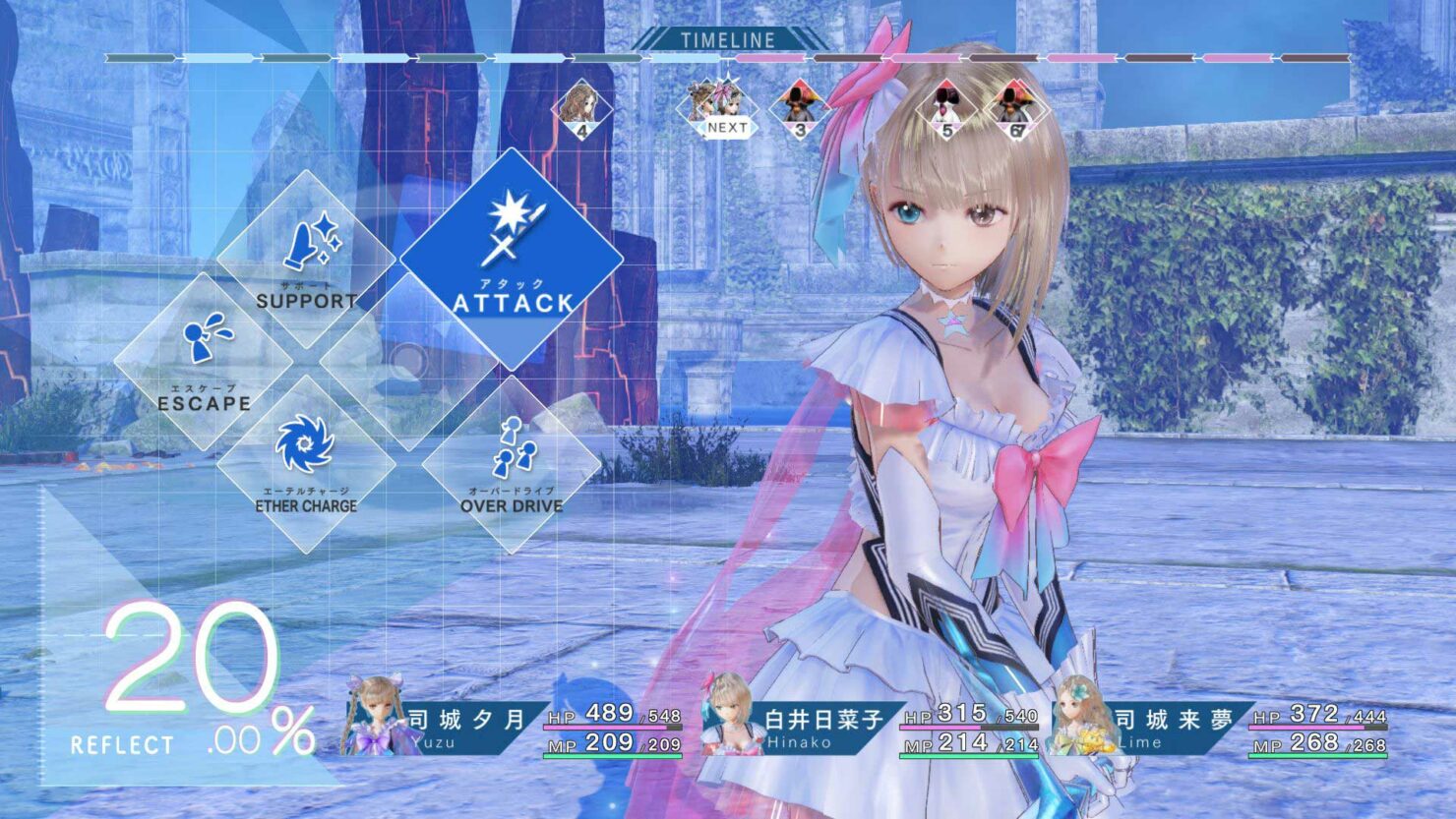 Koei Tecmo released a new trailer for Blue Reflection, the upcoming JRPG developed by Gust launching later this year on PC and PlayStation 4.

Alongside the new trailer, which can be watched below, the Japanese publisher shared some new details on the game's story, which sees school girl Hinako having to deal with the mysterious parallel dimension called The Common and its many dangers.

Taking her first steps back into an everyday school life, Hinako is lost in a sea of unknown faces until she encounters a middle school friend, Sanae Nishida. Hinako notices a strange aura emerge from Sanae and suddenly awakens in a mysterious world where an intimidating demon awaits her! Before she has time to react, a pair of friendly voices reach out to her: “It will be alright. You can fight. Put your heart into the ring on your finger, and fight as a Reflector!” The magical twins Yuzu and Lime bestow Reflector powers on Hinako, promising her they will grant any wish she desires if she protects the world from devastating forces that seek to threaten humanity.

This is how Hinako learns of the mysterious parallel dimension, The Common: a place created by the unconsciousness of the human collective; where the causes of humans’ latent troubles lurk. Alongside Yuzu and Lime, she leaps fearlessly into this unknown world in search of crystallized emotion fragments – the physical manifestation of her classmates’ struggles – but encounters a myriad of challenges in her path. Players will explore unique and perilous locations in their attempt to locate these fragments and resolve their classmates’ problems in the real world, and will be called upon to battle dangerous demons who stand in their way!

Blue Reflection launches on PC and PlayStation 4 on September 26th.