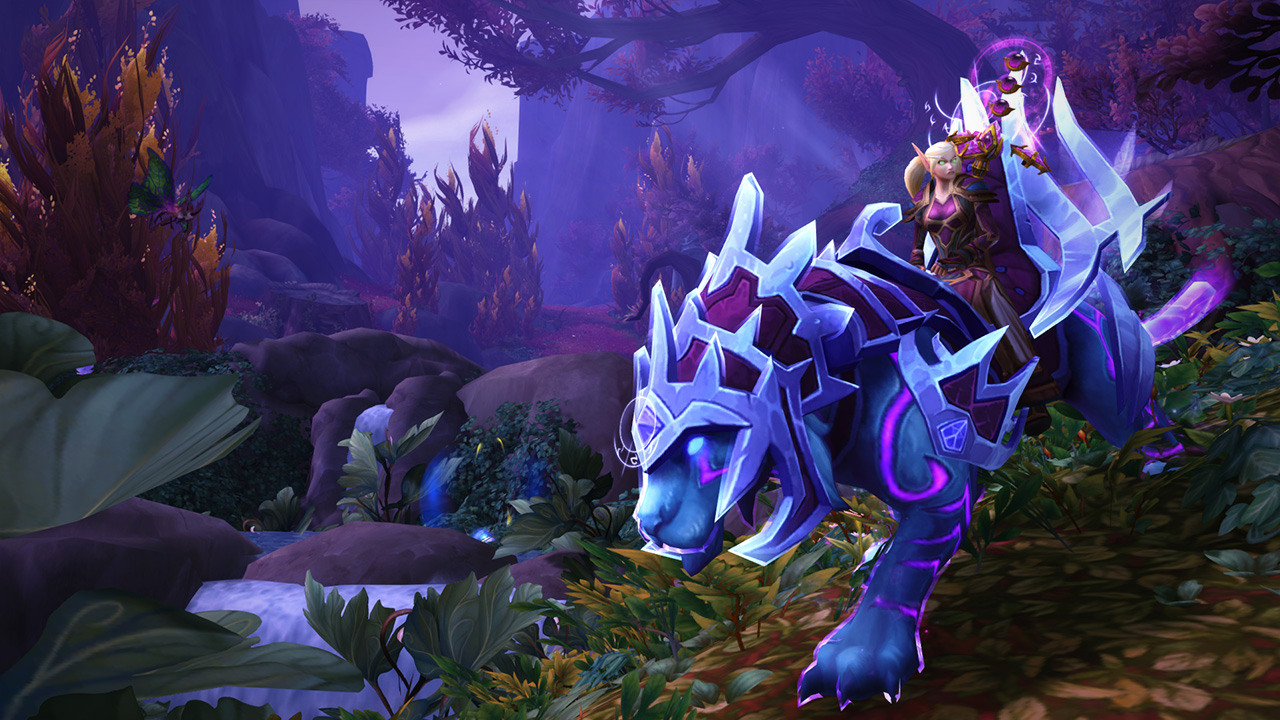 Blizzard has provided some additional details on World of Warcraft: Legion patch 7.1.

While the Legion expansion’s first patch is titled “Return to Karazhan”, patch 7.1 will also provide solo content apart from group efforts. In an official post on the World of Warcraft website, Blizzard provided a patch 7.1 preview.

The Story of the Nightfallen

In the upcoming patch, players will be able to complete a questline that delves into the story of the Nightfallen, leading to the entrance of the Nighthold. Efforts in Suramar will continue in patch 7.1 in a series of quests that unlock over a period of time of nine weeks. The questline starts with the “Lockdown” quests, and those who complete the questline, will be “much closer” to obtaining the new Arcanist’s Manasaber mount.

Your primary goal will be to unlock new Helarjar World Quests. These will then appear for you all across the Broken Isles, so you can help put a stop to Helya's infernal impact.

A predatory species, called the Falcosaurs, is assaulting the coastline of the Broken Isles. Reagents for Cooking and First Aid can be gathered by collecting their eggs and feathers. Those who save an orphaned Falcosaur pet might be able to earn an unique new mount. 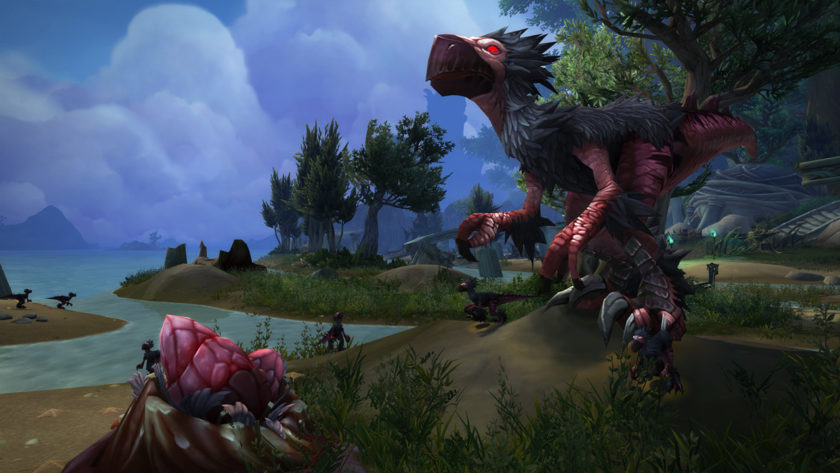 Pet Battlers rejoice! The time has finally come to delve into Ulduar, Trial of the Crusader, and Icecrown Citadel in search of new rare pets and the chance to do battle with a new Celestial foe! 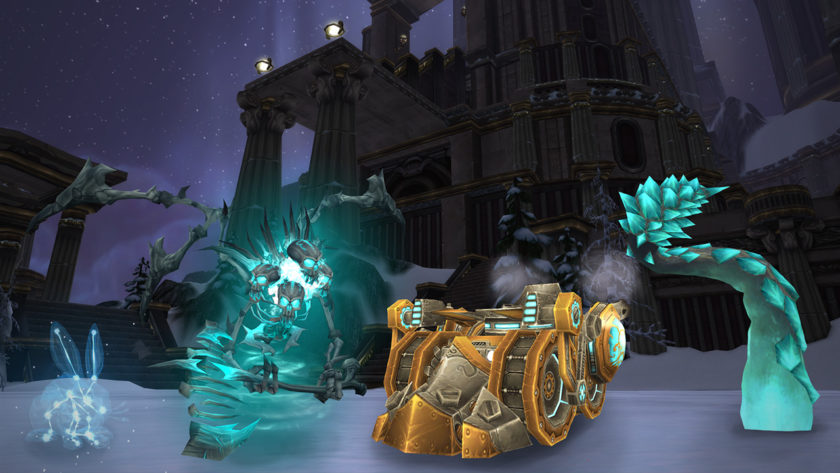 Stardust the celestial bunny won’t come easily. To get your hands on this rapturous rabbit, you’ll have to first obtain all 16 new pets from bosses across three raid dungeons. Only that impressive act will earn you an invitation (in the mail) to take on Algalon and his legendary pets: Comet, Constellatius, and Cosmos. You must then defeat him with a team of your own in glorious battle!

When he died, the second that Dr. Weavil’s heart stopped, his ultimate plan was put into motion. After adventurers looted his body, a viscous, yellow fluid slowly filled his veins, and jumper cables were implanted to shock him back to . . . life. Was this undeath? Alchemical engineering? No one is quite sure, but it left him sallow-skinned and over four times as evil as before.

Return to Alcaz Isle to get to get to the bottom of Dr. Weavil’s insidious plans, and perhaps you’ll take home a nice souvenir. These include: 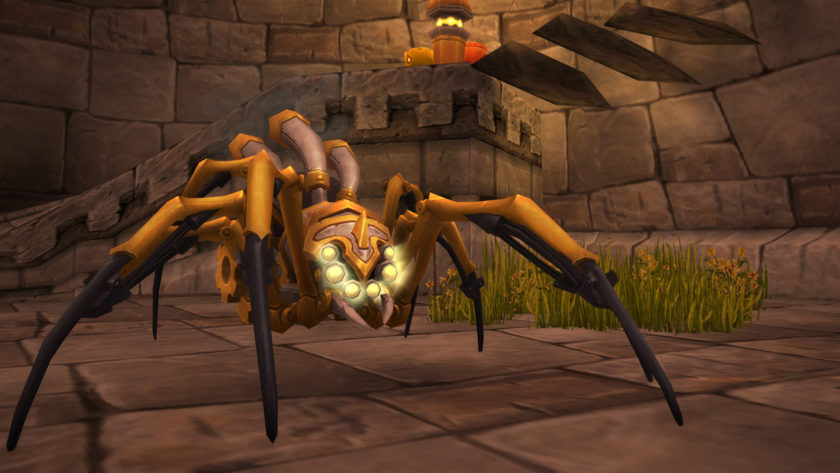 The spiders are tameable. You just have to get to them.

Getting there won’t be easy. Dr. Weavil kind of went nuts and covered Alcaz Isle with anti-aircraft artillery (so you can’t fly), proximity mines (so you can’t run in a straight line), and defensive turrets (so you can’t think straight). Make it past those and you’ll still have to overcome his interns: Drudge Gnomes who mindlessly work for the little big guy.

And then there’s Dr. Weavil himself—just waiting for you in his compound, which probably has a guard dog.

It has a guard dog.

World of Warcraft: Legion patch 7.1 is currently live on the Public Test Realm, and will officially launch on US and EU servers on October 25/26.