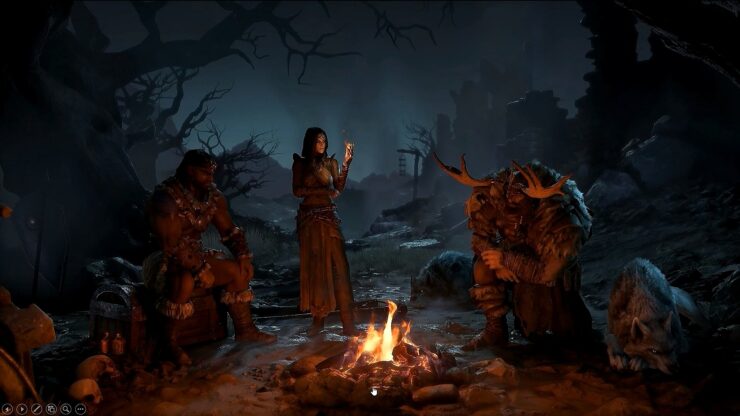 At long last, Diablo IV was unveiled at BlizzCon 2019. The game was even playable on the showfloor, though Blizzard made it clear there is no release window as of yet and fans might be waiting for a while.

Even if it hasn't been long since BlizzCon 2019, then, the thirst for new details is very much real. Thankfully, Blizzard's co-founder Allen Adham was featured in an interview published on EDGE magazine (January 2020, issue 340).

The most interesting new tidbit is a tease for Player-versus-Player combat, which makes a full return in Diablo IV after its very limited brawling free-for-all arena in Diablo III.

PvP is something we’ve been thinking about and working on since the very first Diablo. It’s something that’s been a long time coming – you’ll have to go back to Diablo II to find it. We’re in the middle of prototyping some really interesting approaches to player versus player – and we’re just about to lock them in.

Another big innovation coming in the fourth Diablo game is the 'shared world' and Adham talked a bit about that, too.

The implications of this big, social, connected open world… that’s something you’re going to understand more as you play. The tech that allows us to run a massive open seamless world, and what that allows us to achieve, is an order of magnitude greater than anything we’ve ever done in Diablo before.

Lastly, Adham wanted to assure franchise fans that Blizzard is going to stay true to all of the previous installments while still finding ways to push Diablo IV forward.

One of the challenges we had in making this game was staying true to Diablo, Diablo II and Diablo III while pushing what all of those games stood for to the next level. But I think we managed it – look at what we’ve done with the class refreshes. We took the Druid from Diablo II but brought it back even better. Now he’s flanked by wolves, and shapeshifts into the werebear, the werewolf. And because it’s Diablo, we dial it all the way up to 11, too – we have shapeshifting, but we also have crazy nature spells to complement that.

How hyped are you for Diablo IV so far? Let us know in the comments.