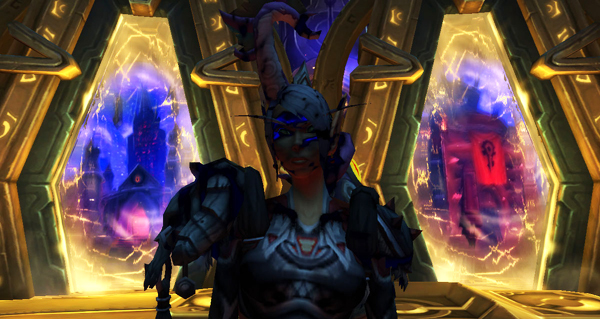 Blizzard has announced that it will be rolling out Corruption Effects nerfs in World of Warcraft: Battle for Azeroth Patch 8.3.

Introduced with the expansion's most recent content update, patch 8.3 Visions of N'Zoth, the new corruption system replaces Titanforging. Items that have been Corrupted Corrupted include a bonus positive affix, but also have a Corruption stat. As players stack up on Corruption, more negative effects and debuffs will be applied. Corrupted items can be cleansed by completing the Titanic Purification questline.

Following its introduction with patch 8.3, Blizzard has now announced that it will be making adjustments to the system. We've included Blizzard's official post on the matter down below:

We’d like to give everyone a heads up that we’re working on tuning adjustments to several Corruption Effects. While we don’t have exact amounts just yet, we have some certainty that in the next 24 hours, we will:

At this time, we’re also considering:

Again, we intend to complete these changes in the next 24 hours, and we’ll let you know as soon as we’re set on final tuning numbers.

Patch 8.3 Visions of N'Zoth will be the final content update for the Battle for Azeroth expansion. Those eager for more new World of Warcraft content will have to wait for the upcoming Shadowlands expansion, which will launch later this year.

Brave the Beyond
What lies beyond the world you know? The Shadowlands, resting place for every mortal soul—virtuous or vile—that has ever lived. Pre-purchase the next World of Warcraft expansion now and be ready to discover what awaits in this world between worlds.