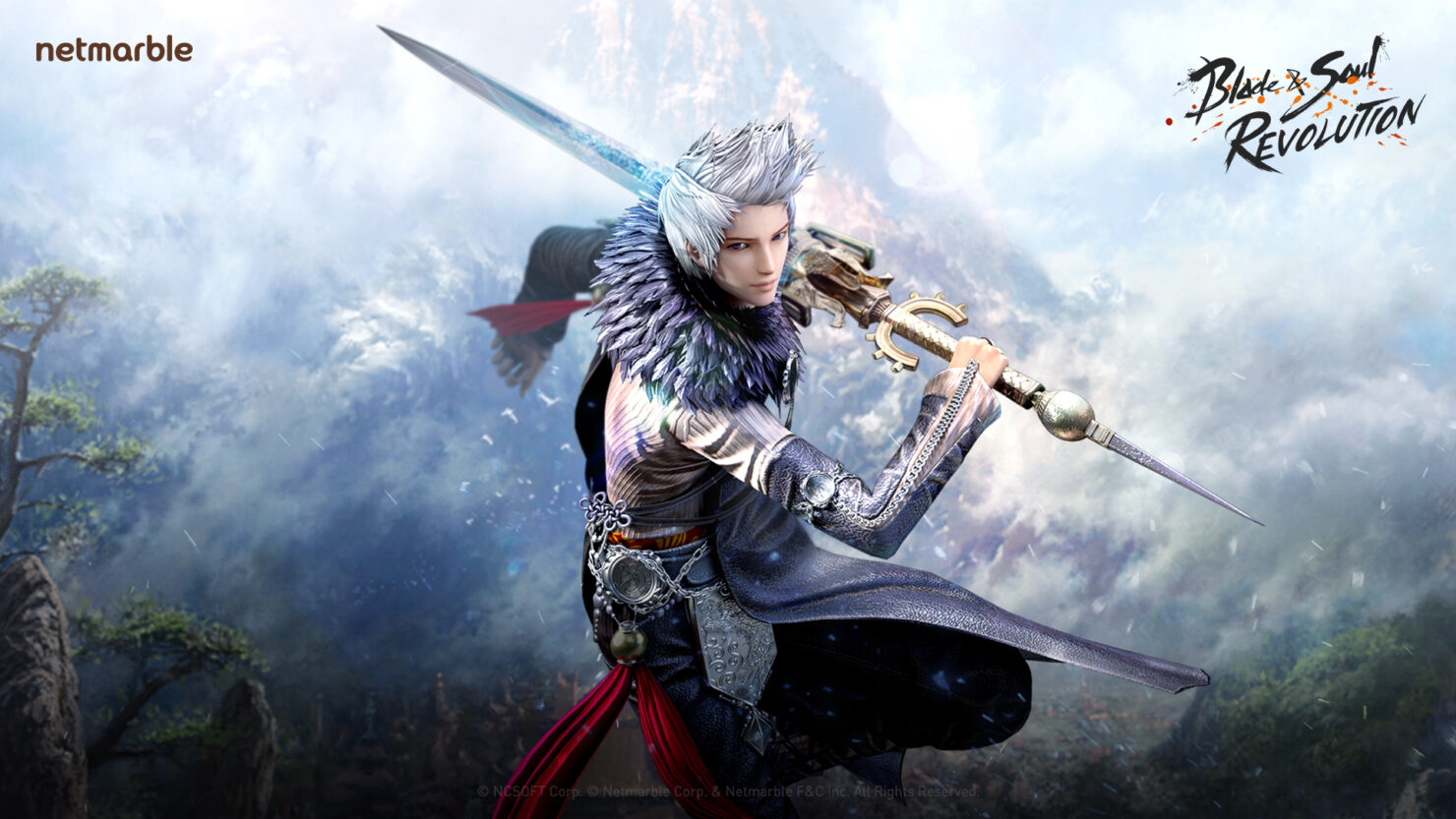 Netmarble is no stranger of bringing their PC MMORPG titles to a smaller screen in unique ways. Lineage 2: Revolution released nearly five years ago as a prequel to the Lineage 2 many players know from the PC marketplace and Netmarble has their sights set on doing it all over again with their Eastern martial arts-themed MMORPG, Blade & Soul. Subtly called Blade & Soul: Revolution in keeping up with their naming conventions, we had the pleasure of getting hands-on with the first North American build of the upcoming mobile MMORPG over the past few weeks.

Converting an entire MMORPG to a touch screen interface might be a herculean task for some developers but Netmarble has shown that they know how to distill that experience down to a button-less UI. In order to accomplish this, the playfield to Blade & Soul Revolution is filled with just about everything you need at a quick tap, whether it's the Cash Shop, Chat, Quest Log, Consumable Items, and so forth.

The combat controls to Blade & Soul Revolution focus on just an analog stick on the left half of the screen for movement and a six-button array on the right side along with a jump and evasion move. With no MP system to work with, all of the abilities have their own sort of cooldown period. The largest button of all is your primary attack and can be mashed about to your hearts delight but the other four or five buttons each correspond to a skill in your current stance. In the case of Force Master, these skills fed into one another, so striking an enemy with a Dragonblaze would replace the button with Dragonchar which then turned into Dragonwhrol and then Meteor Shower. While the combos themselves are preset, players can hit one skill in the middle of another chain and keep the attacks going, leading to some pretty freeform combos.

Most skills that the player has for their character in Blade & Soul Revolution can be upgraded with the investment of Essence of Skills as well as allow a skill variant to be selected once a skill is either leveled sufficiently high or the corresponding skill book is acquired and unlocked for that class. For the Force Master's basic attack of Fire Blast, I could choose between either giving the skill a flat 10% damage increase or the ability to steal 10% of the damage inflicted back as health.

Running contradictory to perhaps every other MMORPG that I've spent any significant amount of time in, Blade & Soul Revolution pushes the play to spent as little time as possible focusing on the adventure. There's still a significant amount of grind and repetition to the tasks but what makes Revolution such an ingenious MMORPG is that there's very little input required of the player in order to feel accomplished.

By setting up an Offline Auto-Hunt, the player can step away from Blade & Soul Revolution entirely and come back to a sack full of junk loot and a hefty amount of experience points but can only be done so often in a given day. I only used this function a couple of times, if only because I would often forget that it even exists and if I'm going to level up and check out Blade & Soul Revolution, I might as well try out the actual game.

However, I spent almost my entire 98 level career in Blade & Soul Revolution with the Auto Play feature. In fact, I can count on one hand how many times I actually had to rip control away from the AI in order to complete a main story quest (mostly because the AI doesn't know how to move out of those glowing puddles on the floor that indicate an oncoming fatal attack).

With just a single button press, you can force the AI to not only handle combat for you but also the silly task of running from objective to objective. Players have the option of programming in the combo flow for AutoPlay, but I found the presets for my Force Master to be just as effective as picking my phone up and playing for myself (minus the whole lack of evasion thing). During Auto Play, you can make the game handle all of the quests from beginning to end on your behalf, focusing on the main story quests while any side quests that pop up with blue quest names will need to be manually started. Once started, the game will handle everything for you, minus turning in those side quests for rewards. You can even opt to skip story cutscenes, beelining through the main campaign as you reap the rewards and levels for minimal effort.

As much as Blade & Soul Revolution tries to play the game for the player, there's only a limit to how much it can do and that's thanks to the Stamina system in play. Meant to discourage players from grinding for hours on end and instead play the game in moderation, players are given an incredibly small pool of Stamina each day that steadily decreases with every enemy killed. Once fully depleted, the player won't gain any XP, gold or item drops from a given kill (although they'll still receive quest drops). Players can return back to the main village specific to that act and sit around to recover their Stamina, but there's only about one full recovery's worth to be earned in a given day. In my later levels of the preview, I could AutoPlay for a good ten minutes before running out of Stamina, head back to town to recover for another ten minutes, and repeat one last time. In just under 30 minutes, I'd hit my allotment of gameplay for that given day and set the game down until the calendar date changes.

One key feature to the Blade & Soul Revolution experience that I was unable to check out was the Shop to see if and how that affects the current balance to the game. If there's an option to recover your Stamina, surely it has to be tucked away in one of the front pages of the Shop. Other factors of character progression feel like they're intended to tie into the Shop one way or another. Pets that can be summoned to provide passive boosts get tired after being summoned for so long and no longer confer their bonuses to the player until they use a consumable item to recover their Pet, something that I never came across in my hours of play despite unlocking three different Pets to accompany me. Taking part in 4-player dungeons require the use of consumable Tickets to go off and adventure and I was at least able to earn a pack of 10 tickets through regular play and a few more by trading in unwanted gear to a specific NPC in the second act, so perhaps that won't be locked away in the Shop (though I'm sure Netmarble would love to ask the player to throw a couple of bucks their way to unlock a few dozen more).

In my couple weeks of passively playing Blade & Soul Revolution, I played through approximately 46.4% of the main quest at level 98. If that's any indication of what's to come, Netmarble has shown that they can come up with a portable MMORPG that gives the player a rather complete experience without requiring too much of their time. Although my time spent was spent on my own and will surely be wiped away by the time the game officially launches in North America, this is one MMORPG I'll look forward to checking out again for real in the coming months.