Call of Duty: Black Ops 3 is biggest entertainment launch of 2015, and during its first weekend, the game has grossed more than $550 million. 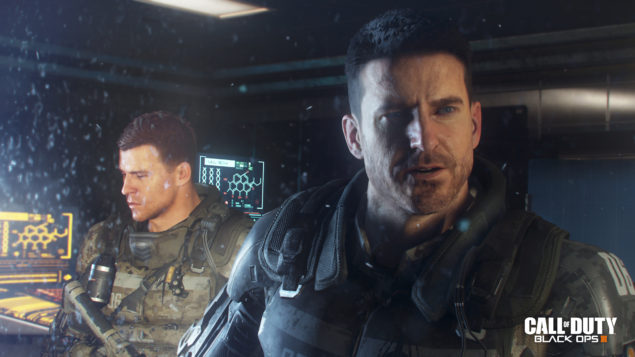 Publisher Activision announced this today through a press release. According the publisher, Black Ops 3 is the “biggest entertainment launch of 2015, including theatrical box office, music and book launches.”

"Call of Duty's millions of passionate fans have shown us, yet again, the strength of their commitment to this enduring franchise," said Bobby Kotick, Activision Blizzard's Chief Executive Officer. "Call of Duty: Black Ops III is the biggest entertainment launch this year in any medium, and bigger than any theatrical opening weekend ever."

"The Call of Duty: Black Ops III launch is bigger than any game, any movie, or any entertainment launch this year. But more importantly, our fans are engaging more deeply with the franchise than ever before. In fact, so far, people are playing Black Ops III for more hours per player than any Call of Duty game on record," said Eric Hirshberg, CEO of Activision Publishing. "Call of Duty is more than a game, it's a year round passion for a growing base of millions of fans and it's only gaining momentum."

"As we‘ve said from the start, PlayStation is the best place to play Call of Duty, and this record-breaking launch shows how true this statement is. Black Ops III is the biggest launch of the year so far, and the PlayStation Nation is ready. We're proud to call PlayStation the home of Call of Duty and look forward to supporting our community with DLC map pack content first," said Adam Boyes, VP of Publisher and Developer Relations, Sony Computer Entertainment America.

On PS4, Black Ops III set a new record as the best-selling digital full game by units sold in its first day of availability in PS4 history.

"Call of Duty: Black Ops III is off to a great start at GameStop," said Bob Puzon, senior vice president of merchandising for GameStop. "The game's story line, new features and intense zombie mode, have helped make it our most successful title launch so far this year."

During the three-day opening, worldwide sales rose significantly over the previous two years, including setting a new franchise mark, as digital downloads of the game across next generation consoles rose nearly 100% from a year ago.

Black Ops III established new marks in viewership as the No. 1 most streamed and most viewed game of any game launch in 2015, as reported by Twitch.

The latest Call of Duty installment launched on November 6 for PC, Xbox One and PS4.