Black Myth: Wukong is a Gorgeous New Martial Arts Soulslike You Need to Check Out 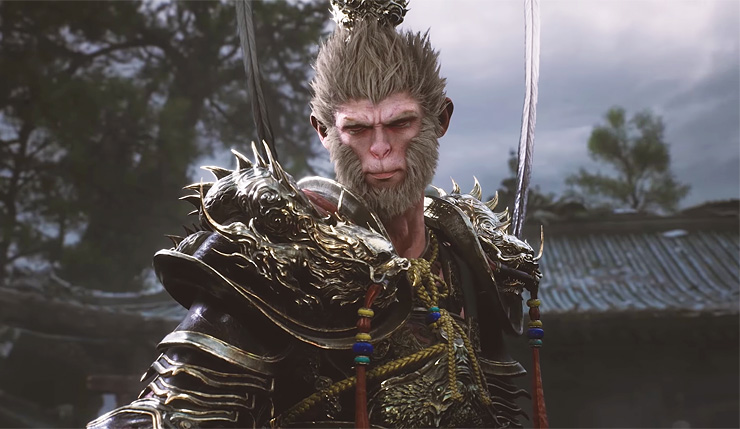 Usually, the most technically-impressive trailers come from the usual AAA suspects – Sony, Nintendo, Activision, Ubisoft, ect. That said, sometimes an absolutely gorgeous trailer sneaks up on you from an unknown source, which is definitely the case with Black Myth: Wukong. A new Dark-Souls-style action-RPG that draws inspiration from the classic epic Chinese novel Journey to the West, Black Myth: Wukong is the work of relatively unknown (at least in the West) developer Game Science Studio. They previously produced the fairly-well-received real-time strategy game Art of War: Ride Tides, and that seems to be the extent of their resume.

Anyways, Black Myth casts players of Sun Wukong, or the Monkey King. While Sun Wukong looks to have some pretty solid kung fu skills himself, he can also transform into different forms, including a big hulking beast and a buzzing insect. Black Myth’s debut trailer is impressive, featuring lush, moody environments and impressive enemy designs, all apparently running in real time. But hey, enough of my prattling on, check out the trailer for yourself, below.

When can we get our hands on Black Myth: Wukong? Well, that’s the big question. According to a Q&A on the game’s website, the team is “quite short of people,” and this trailer was basically designed to be a recruiting tool. As for a release date, the site says it “shouldn’t take 500 years.” Well, that’s reassuring! So yeah, the game is still in its early stages, but clearly there are some talented folks on the dev team given the quality of the above trailer. Here’s hoping they can bring the project to fruition.

Black Myth: Wukong is coming to PC and “all mainstream platforms.” So, what do you think? Excited for the game? Or does this project smell like vaporware in the making?