Disclaimer: This is an Editorial. Sources have been given at the end. Feel free to reach your own conclusion.

Black Holes are probably one of the most interesting objects ( can we even call them that?) in Outer Space. However even from the first go ahead there have been problems in our current model of Black Holes and interestingly these problems have been largely ignored. Following the recent discovery of an incredibly bright and not-black-at-all 'Black Hole' have lead Scientists to reconsider whether Black Holes exist at all.

So Yeah, Black Holes Dont Exist After All.. But Mom!

So first of all, a clarification. When i say Black Holes don't exist at all, I do not mean that there is nothing there where known Black Holes exist. Simply that our model of Black Holes is flawed to such an extent that they simply are not what we think they are.

Lets start with the discovery of the ULX-1 in the Pinwheel Galaxy some 22 Million Light Years away from Earth. The alphabetical nomenclature stands for Ultra Luminous X-Ray Source and the 1 numeric stands for its unique designation as the first Black Hole to be discovered that is emitting light at such an intensity.  Now the thing we have to be careful about here is that even normal Black Holes emit light in some form or the other. That light however does not come from inside the horizon rather it comes from the Accretion Disk. 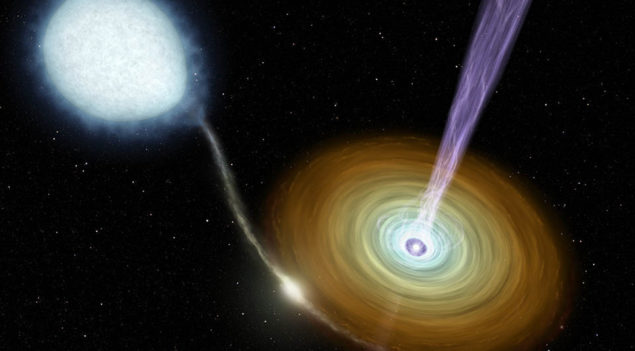 "As if black holes weren’t extreme enough, this is a really extreme one that is shining as brightly as it possibly can," study co-author Joel Bregman of the University of Michigan said in a statement. "It’s figured out a way to be more luminous than we thought possible."

They theorize that ULX-1  might be feeding of the Stellar Wind but there's another problem. Seeing that ULX-1 must be consuming matter close to the maximum possible theoretical limit the Corona of the Black Hole should be choke full with Hard X-Rays and be more complex in structure by several orders of Magnitude - which just isn't the case with ULX-1.

The Experimental Method - The Little Black Hole that could

Basically ULX-1 is the first completely anomalous entity to be forced into the standing Black Hole Model. The experimental method dictates that you don't force the results to correspond to the theory, rather make the theory correspond to the results. In simple terms, if the information we are getting from ULX-1 does not correspond with our Black Hole model then the Model needs to be rebuilt not the information forced into the same.

In circa 2005, George Chapline wrote  a very famous piece of writing (co authored by Nobel Prize Winner Robert Laughlin). In it he made the claims that Black Holes don't exist at all (ie. our model is wrong) and gave a two pronged alternative argument.  Though his argument carried weight it was mostly dismissed because evidence continued to support the standing Model. Now however that we have evidence that more or less goes against the same, i think its time to bring his argument to life once again.

The first prong deals with an Observational Contradiction.

Simply put Chapline uses the high powered jets of matter shooting from a Black Hole as basis for a fundamental contradiction. Because we do not truly understand the role of the Accretion Disk in the matter jets this is one refutation that will stay unchallenged for quite some time.

The second prong deals with a Theoretical Contradiction.

Chapline argues that Eisenstein never believed in Black Holes but was never able to fully articulate his argument. Let me attempt to explain it in simple terms. General Relativity dictates that there is no such thing as a Universal Time. If you were standing 10 meters away from the Horizon of a Black Hole and your friend was standing 100 meters away you will see his clock ticking very fast while he will see your wrist watch ticking very slow.

Basically if you go to his position he will actually have aged more. However there is this pesky thing called Quantum Mechanics (which Einstein helped Formulate.) which would be rendered utterly meaningless if a universal time did not exist at the lowest levels. This is in direct contradiction to the Black Hole Model. Let me also add that Gravity and Quantum Field Theory do play together at all however the correct Ricci Curvature Tensor always gives the wrong Einstein Gravitational Field Equation,  a point raised by many real scientists too. 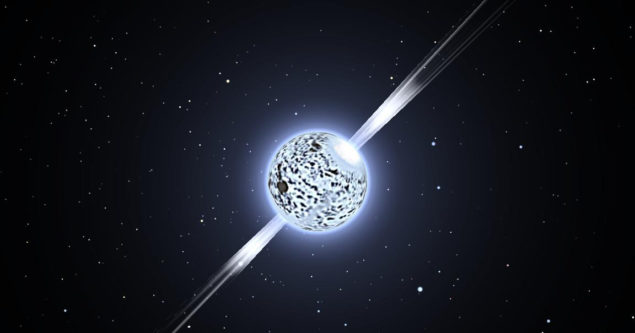 An Artist's Concept of a Neutron Star. Credit Link

If not Black Holes then What?

Apart from his arguments Chapline also provided an alternative hypothesis ( consider this completely separate from his anti-Black Hole Arguments because even if he is right in the former does not mean he is right in this). The hypothesis involved an extension of a Neutron Star which he dubbed the Crystal Star. Basically when a Sun collapses on itself and forms a Neutron Star the enormous weight soon overwhelms the Internal Pressure to collapse into a Black Hole. However Chapline argues that negative energy or Dark Energy would prevent the collapse of the star and rather form a Dark-Energy Star. Dark Energy is the negative pressure entity that is also responsible for our Universe expanding.

I think at the end of the day if a child were to say that Black Holes were a mysterious black goeey thing, i suspect they wouldn't be any further off from what our current knowledge is.  So Yeah, Black Holes ( as we know them) don't exist after all, But Mom! That's wrong because that's not what they taught us at school, right?

So What if i told you Black Holes ( as we know them ) Dont Exist After All? http://t.co/wR1VxtW1N5