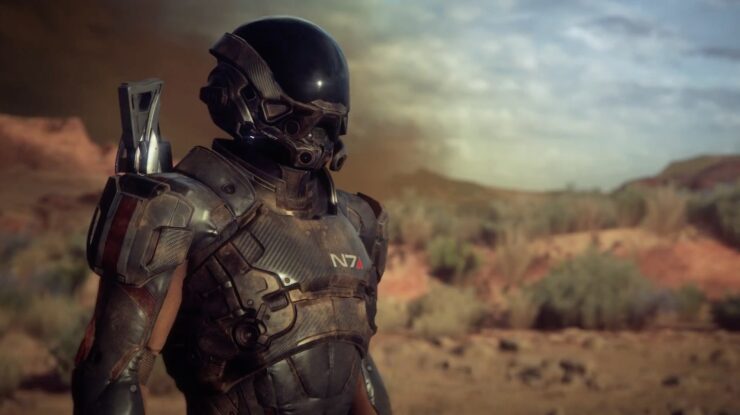 Mass Effect Andromeda was first announced a little more than two years ago at E3, and even after a proper reveal at Electronic Arts’ E3 2015 press conference, little has been said about the game’s actual story and gameplay. Things at the studio, however, are looking great. With the game being developed using DICE’s latest Frostbite 3, the team is really pushing the boundaries of what the game development engine can do with the upcoming highly anticipated action role-playing third-person shooter title.

In an interview published in the latest issue of Official Xbox Magzine (via DailyStar), BioWare’s creative director Mac Walters revealed some interesting details about how the team is making the best of all its resources. According to Walters, the developer is “pushing the boundaries” of the capabilities of the game development engine as well as the game itself. He pointed out that the team has taken the quality of character animations to “an all-time high,” as it strengthens the game’s connection with the player.

"We're pushing the boundaries of what Frostbite can do and what Mass Effect can do. The quality of the character animations is at an all-time high for us, and that's great because it means expressiveness, emotion and a connection with the player."

Furthermore, Walters explained that the team prefers to keep the game close to reality; start with something “grounded” and then take it further to come up with something unique. Despite being a sci-fi game, the content of Mass Affect: Andromeda remains realistic and believable. The in-game world is inspired by and even based on the elements picked up from the real world. He said:

"One of the great things about working on Mass Effect is that it's ground in reality. It would be easy - probably too easy - for us just to go off and do things that are really wacky, that just dont fit in , so we always start from that."

"There are so many amazing things on earth. We'll look at some images of a glowing cave somewhere in the world and be like, 'That exists? That's here on Earth?' and then we tweak it a little bit, and now it's alien, right? Sometimes its just a colour-shift, or we might look at some of the plants hidden in the Amazon that were discovered in the last year, or something like that. We use all that inspiration, because you need to balance the relatable with the original."

Around three months ago, industry insider Shinobi revealed similar details about Mass Effect Andromeda. After seeing the game behind closed doors, he claimed that the upcoming title looks “f**king amazing” with incredible character models and facial animations, you can read more about it here. There’s only very little visual content available on the game right now, but we will surely see more of what BioWare has in store for us as we get closer to the game’s launch.

Mass Effect Andromeda is scheduled to release in the first quarter of 2017 for Windows PC, PlayStation 4 and Xbox One.