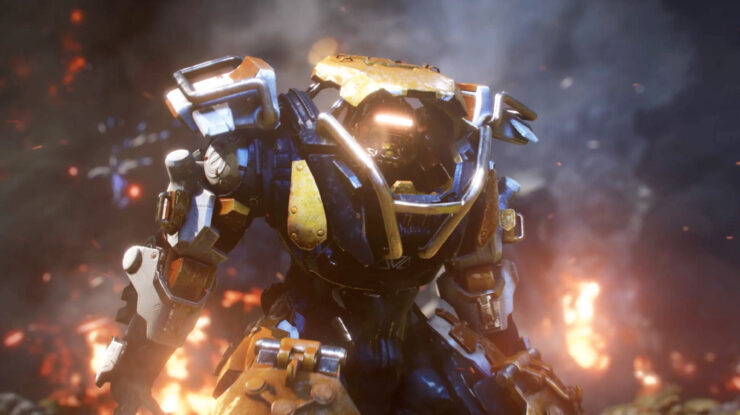 BioWare provided the first teaser of post-launch content coming to Anthem yesterday. The first Act, titled Echoes of Reality, will begin in March and is itself divided into three updates.

BioWare fans have been wondering exactly how the Shaper Storms that were discussed earlier in the game's development fit into the newly revealed Cataclysms seasonal events. Game Director Jonathan Warner explained on Twitter that the Shaper Storms are now included in the Cataclysms, meaning they are only one part of these dynamic events that are bound to change the game's world from time to time.

“Shaper Storms” have been encompassed by Cataclysms, a larger and more dynamic concept https://t.co/lHCUzDYV9G

That doesn't mean some kind of raid-style content won't make it into Anthem at some point. Warner himself teased as much when replying to a fan.

I wouldn’t assume that https://t.co/sEU3kqNDPi

Anthem will be available to play for Origin Access Basic and EA Access subscribers starting on February 15th for the usual ten-hour trial; Origin Access Premier subscribers, on the other hand, will have limitless access on the same day, whereas anyone buying the game will be able to get in from February 22nd.

On a world left unfinished by the gods, a shadowy faction threatens all of humankind. The only thing that stands between these villains and the ancient technology they covet are the Freelancers.
Join with up to three other players and assemble high-tech, hand-crafted, uniquely powerful suits of armor. Explore vast ruins, battle deadly enemies, and claim otherworldly artifacts. With every mission, you and your Javelin grow in power. Fight the dangers of an ever-changing world. Rise united to defeat evil. Triumph as one.

Anthem invites you to experience a co-operative Action-RPG set in a new and mysterious world from BioWare and EA.

Individual heroes unite to triumph as one: The heart of Anthem is a connected, social experience. Join with up to three other players in cooperative adventures that reward both teamwork and individual skill. Each player’s choice of Javelin exosuit will shape their contribution and strategic role on the team. Set out together on an expedition, or drop a contract to call in friends to assist with difficult challenges. As you explore, you will discover a gripping story filled with unique and memorable characters. Seamless and intelligent matchmaking will ensure you can quickly and easily find other players to adventure alongside.

Choose from an arsenal of customizable exosuits: Every time you enter the world as a Freelancer, you will access your collection and select a powerful Javelin exosuit – armor designed to provide its pilot with incredible offensive and defensive capabilities. Use massive weaponry and devastating powers. Shrug off blows that would shatter bones. Move at incredible speed, rocket across the skies, or safely roam watery depths. As you play, you will constantly progress both your own abilities as a Javelin pilot and the combat and traversal capabilities of your exosuits.

Personalize your Javelins to showcase your accomplishments:  As you rank up and defeat powerful foes, you’ll gather loot and complete milestones in the game, unlocking amazing personalization options that turn your Javelins into visual testaments to your ability and achievement.

Explore an ever-changing world of danger and mystery: Powered by Frostbite, Anthem’s visually spectacular, evolving, and open world features unpredictable conditions, hazards, and enemies. As a live service experience, Anthem will change and grow over time – introducing new stories, challenges, and events. This world is both beautiful and deadly – and will strategically challenge you with each new expedition you embark on with your Freelancer team.