It seems that Bioshock Remastered, Bioshock 2 Remastered, and Bioshock Infinite: The Complete Edition will soon all be released separately.

As spotted by Gematsu, all 3 Bioshock games recently received individual PEGI ratings, and it appears that Take-Two intends to release the titles individually. 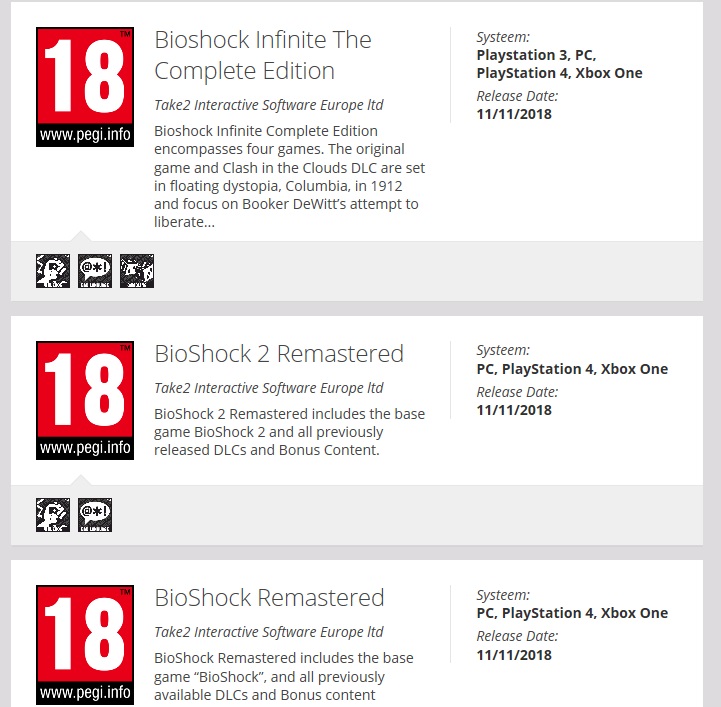 Currently, these games are only playable by obtaining Bioshock: The Collection, which was released back in 2016 for PC, Xbox One and PS4.

We will update as soon as we learn more about these individual Bioshock releases.