Bioshock Infinite is the third game in the Bioshock game series. The game is a First Person Shooter game developed by Irrational games and published by 2K games. The game made its way on PC, Xbox 360 and PS3 platforms back in March 2013 and was later released for the OS X platform at the end of August in 2013. A Linux port for the game has just been released on 17th of the last month. The game is set in beautiful columbia in the year 1912 where the protagonist Booker DeWitt has been given the job of finding Elizabeth, who is held captive by the leader of the city Zachary Comstock, more commonly known as the Songbird. 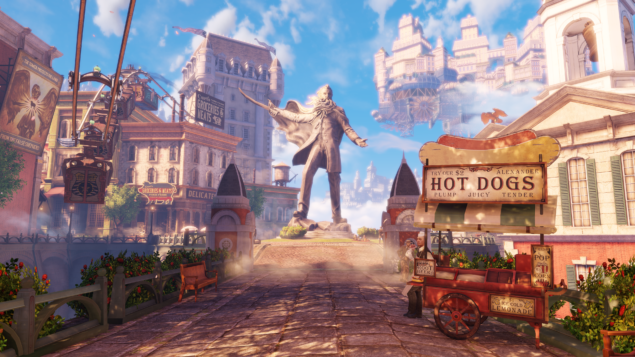 Just Like Every Other, BioShock Infinite Looks Amazing in 4K

A reddit user uploaded some very amazing screenshots of Bioshock Infinite and I guess you're in luck because you get to witness these beautiful screenshots. The screenshots are 15 mb each, given the fact that they are in PNG format. The user used a single Nvidia GTX 770 to attain 30-40 fps in game and take these awesome screenshots for us.

The screenshots below are nothing less than wallpaper quality if you want them for the particular reason. Open them up in a different tab if you want to witness the beauty in true form.

The game is amazing with its awesome amalgamation of how everything just comes together to deliver a beautiful game and in that stead earlier, we showed you how the game looked like in CryEngine which you can check out with pictures and a video here.

3D Artist
Bioshock Homage
I recreated the opening scene of the first Bioshock game in CryEngine 3.5.8.
Its central part is the Lighthouse, which is rather an entrance to a world under sea. Keeping in style with Rapture, the Lighthouse has intriguing elements of Art Deco.

I loved working on this project, because it forced me to push myself further, having to learn Zbrush for the sculptures and becoming more involved with CryEngines Trackview, Flowgraph and audio systems.
I would like to further push this scene in the future by involving the player into the animations and extend the scene to Rapture itself.

Note: The rocks, decals and some of the audio files belong to Crytek. The music belongs to their respective owners.

Do share your thoughts and views with us, about these amazing Bioshock Infinite screenshots, in the comments section.