The Big Dynasty Warriors 9 Interview – 100+ Hours To Clear All Stories; Getting Across The Whole Map Takes 2 Hours 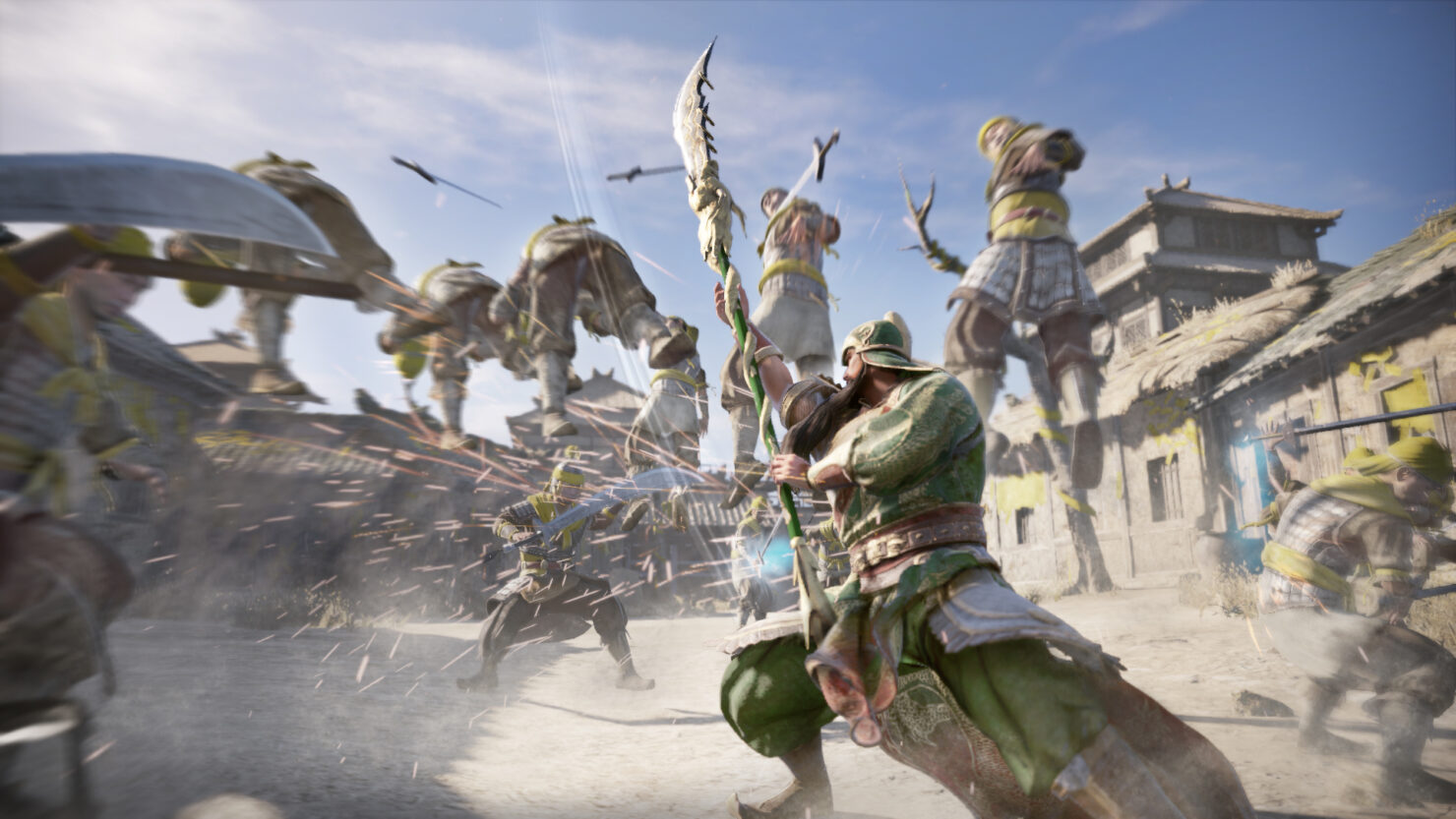 Dynasty Warriors is one of the biggest brands available to KOEI TECMO. While it perhaps didn't garner universal acclaim, the franchise earned a fiercely loyal fanbase which has been waiting a long time to get a brand new game.

With Dynasty Warriors 9 set to debut in a few weeks (February 13th to be exact) on PC, PlayStation 4 and Xbox One, we've managed to talk in great detail about the game and its numerous changes with Omega Force Producer Akihiro Suzuki.

This is the first title to remove Charge Attacks (triangle button) from the standard flow of combat. Tell us more about the changes that replaced this (React Attacks).

The Charge Attacks provided actions that diverged from the Normal Attacks, increasing the variations of attacks as well as linking them to finishing attacks. A similar role is played by the Trigger Attacks launched from the R1+attack button. There are 3 types of Trigger Attacks that change the enemy’s state (stun, launch, knockdown).

Reactive Attacks respond to the enemy or player’s state, so while timing becomes key in performing these attacks, they are effective in breaking through tough situations.

Every character has a 'preferred' weapon type, but can they equip any type of weapon as well?

Yes, any character can equip any type of weapon. It’s a system similar to DW7 and DW8, in that if a character is equipped with his/her Favourite Weapon, attacks unique to that character will be added.

How does the newly announced grappling hook work for traversing the open world? Can you use it in combat?

No, it cannot be used in combat. Grappling hooks allow you to climb up to higher locations regardless of the difference in elevation, so they can be used when trying to infiltrate castles with locked gates, or climbing up plateaus or mountains. There are also scenic locations that cannot be reached unless you use a grappling hook.

With Free Mode not making a return in Dynasty Warriors 9, will players be able to keep using their favorite generals outside of their historic era/time period?

We have actually implemented Free Mode in the game, so you can play any chapter as any character.

How did the open world design of Dynasty Warriors 9 impact development? Was it hard to make this transition for you?

There were a lot of challenges, but the biggest one was the ‘degree of density.’ We’ve recreated the vast landmass of China onto a single map, and while it’s necessary to show its vastness in order to feel the depth of the surroundings, if it’s too wide then it just becomes about travel and doesn’t amount to much of a game. So we struggled to come up with the ‘degree of density’ to allow the player to feel the vast size of China and the world of the Three Kingdoms while having various game elements so the player doesn’t get bored with the game. We implemented battles in cities and along main pathways, conversations with allied officers, towns (streetscapes), shopping, and outside of these areas encounters with animals and bandits, material collection, scenic areas, changes to scenery, etc. so we’ve added depth to space and time elements so that it doesn’t ever feel like there’s nothing to do in the game.

How long will it take players to travel from one end of China to the other? Will the new Hideouts offer fast travel to get around? What customization options are available for these Hideouts?

It’s not an actual measurement, but when going from opposite corners of the map by horse (at its initial stats), with some changes in elevation and rivers along the way which make travel a bit difficult, it will take about two hours. At the start of development it took around 2-3 hours, but since it causes some obstacles in gameplay, we adjusted the speed of travel.

Hideaways exist mainly in major cities and in scenic areas that are hard to access, so they do play a role in effectively traveling around using Fast Travel. The customisation options available in Hideaways include changing outfits, creating items and gems using scrolls, cooking, advancing time by resting, and checking encyclopedias, so they act as an alternate option to the roles played by shops located in cities. Also, regarding the interior design, there are over 60 types of items including large furniture items, wall hangings and small objects to display on tables and lighting fixtures.

How does weather affect the gameplay of Dynasty Warriors 9? Fog, thunderstorms, etc.

The enemy’s field of view changes according to the weather and time of day. A rainy night will leave you relatively well obscured as the enemy can hardly see, making it easier to assault them. And during the night, all troops (friend or foe) become less active, so there is not much movement on the frontline.

The basic system can be considered similar, but in DW9 the base weapons will not be assigned random elements and the customization is focused on the use of gems. Gems can be attached or removed at any time, so it has become easier to customise than before.

What types of mounts can players ride? Can we ride a panda? Can you perform archery from horseback?

Players can ride horses, but not pandas. It is not possible to perform archery while riding a horse.

How long will it take for the average player to complete the main story? And what if we added optional content to the count?

The length of the story differs according to character, but using Liu Bei as an example, his main story will take about 10 to 15 hours to clear. There are some characters with shorter stories, and to clear all 90 characters’ individual stories will take over 100 hours. If you take side trips, you can enjoy multiple times the hours of gameplay.

Can we pursue Lu Bu?

The Lu Bu at Hulao Gate is REALLY powerful, so you would be better off (again) not to pursue him…

What DLC support will there be for Dynasty Warriors 9 after launch (stages, weapons, music, etc)?

On the release date (February 13th), we will release a “Materials and Gems Set” as a bonus for Season Pass purchasers. Post-launch, some things we are planning to release as DLC include customisable items pack for Hideaways, additional weapons pack, and additional scenarios pack.

You have previously revealed that Dynasty Warriors 9 will be able to run at 4K@30fps or 1080P@60fps on PlayStation 4 Pro. Is that native 4K resolution or not? Also, other than higher resolution, are there additional graphics enhancements over the base PS4?

We use Checkerboard rendering for 4K resolution.

Dynasty Warriors 9 is also on the official Xbox One X enhanced list. Can you share the technical specs for this version and how they compare with PS4 Pro and PC?

It is basically the same as the PS4 Pro, but the 4K resolution is through 1440p hardware scaling. We do not have any special differences between platforms.

With regards to PC, KOEI TECMO ports on this platform are considered of wildly varying quality. Can we expect solid performance across the board for Dynasty Warriors 9? Also, will this game support Ultrawide (21:9) resolutions?

For Ultrawide resolutions, they are not supported. We develop our games by reflecting on and improving upon our past titles, so I think we can provide a pleasant gameplay experience on PC with Dynasty Warriors 9.