Two months ago, we've reported the news that the first (and only, at least for now) PlayStation 4 exclusive produced by Evolution Studios, Driveclub, will receive support for at least another year after selling over two million copies. 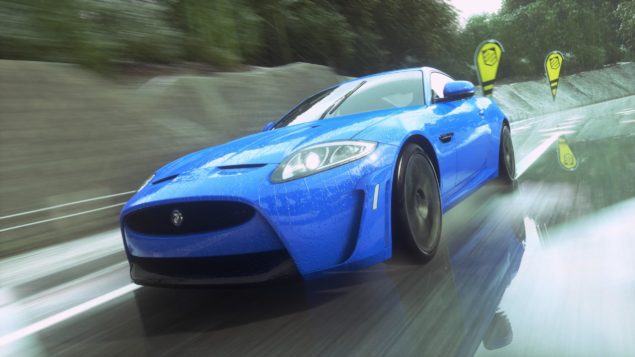 Also, last week we gathered some new information directly from Game Director Paul Rustchynsky, who mentioned that private lobbies are finally coming in November and that the team has more content surprises in the pipeline.

A few hours ago, Rustchynsky provided some additional details on that: it looks like a big Driveclub DLC is hitting quite soon.

When insider shinobi602 retweeted a Neogaf topic he created about PlayStation 4 and Xbox One games releasing in October, Driveclub's Game Director replied that he might want to add "big Driveclub update" so that interested people would leave some spare money for it. 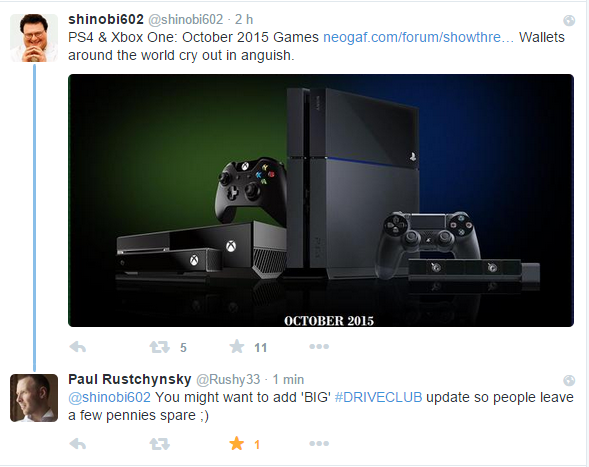 The mention of "a few pennies" makes it clear that this will be a Driveclub DLC, rather than a free update. Interestingly, the tweet has since been deleted, probably because Sony PR didn't really want this information to get out yet (the quick snap has been made by Neogaf's Rymuth).

Be sure to watch 😉 https://t.co/kQrcYKxV2i

It's very likely that this Driveclub DLC will be announced during Sony's Press Conference (which Wccftech will attend, by the way), scheduled to begin at the Espace Grande Arche in Paris next Tuesday, at 6PM CET/4PM GMT/9AM PST/12EST.

Some exciting announcements for PlayStation gamers are expected to hit, especially since Sony Computer Entertainment skipped Gamescom this year, so stay tuned.