BF1 Weapons Are More Specialized; Sniper Rifles Won’t Be Just About Being As Far Away As Possible 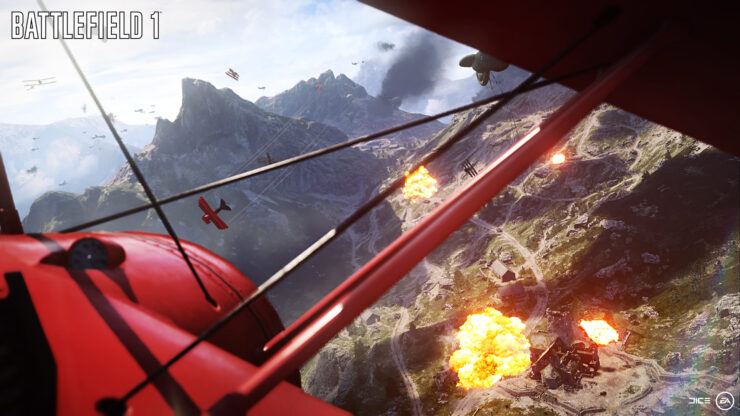 The reveal of Battlefield 1 was exceedingly popular, with the trailer quickly becoming the most viewed this year on YouTube.

However, franchise fans might have felt a little concerned about BF1 weapons given that in World War I technology was a lot rougher. DICE's Weapon Designer Julian Schimek shared some new details specifically on weapons in order to assuage those concerns.

First and foremost, they made it clear that weapons will be more specialized this time around, which makes sense given the era.

The weapons of Battlefield 1 are a bit more specialized. To get the most out of them, you have to be aware of their strengths and weaknesses, and use the right one in the right situation. Putting your weapon to good use will feel more rewarding than ever before.

There will be changes for snipers, too. According to Schimek, long range rifles won't be just about being as far away as possible from the target - players will need to assess the right distance in Battlefield 1.

The way they work will feel familiar to players who enjoy playing the sniper role in Battlefield games, but they aren't exactly the same. The biggest change is that you will actually be the most effective when you stay at the right distance to your target. It's not all about being as far away as possible. You'll want to make sure you're not too close, but also not too far away.

Again, this is consistent with World War I where weapons certainly didn't have as much range as even those in World War II, much less in modern times. On the upside, that means everyone else will have a better chance to spot the snipers as they will have to be closer than in past Battlefield games.

Talking about weapons, Schimek said that there will be "amazing skins" which DICE will talk about more in the coming months. You'll have to wait a lot less to see more of Battlefield 1, though, as there will be a brand new trailer at EA Play next Sunday at 1AM PT while a full multiplayer match will be showcased at 2PM PT on the Battlefield Squads livestream.