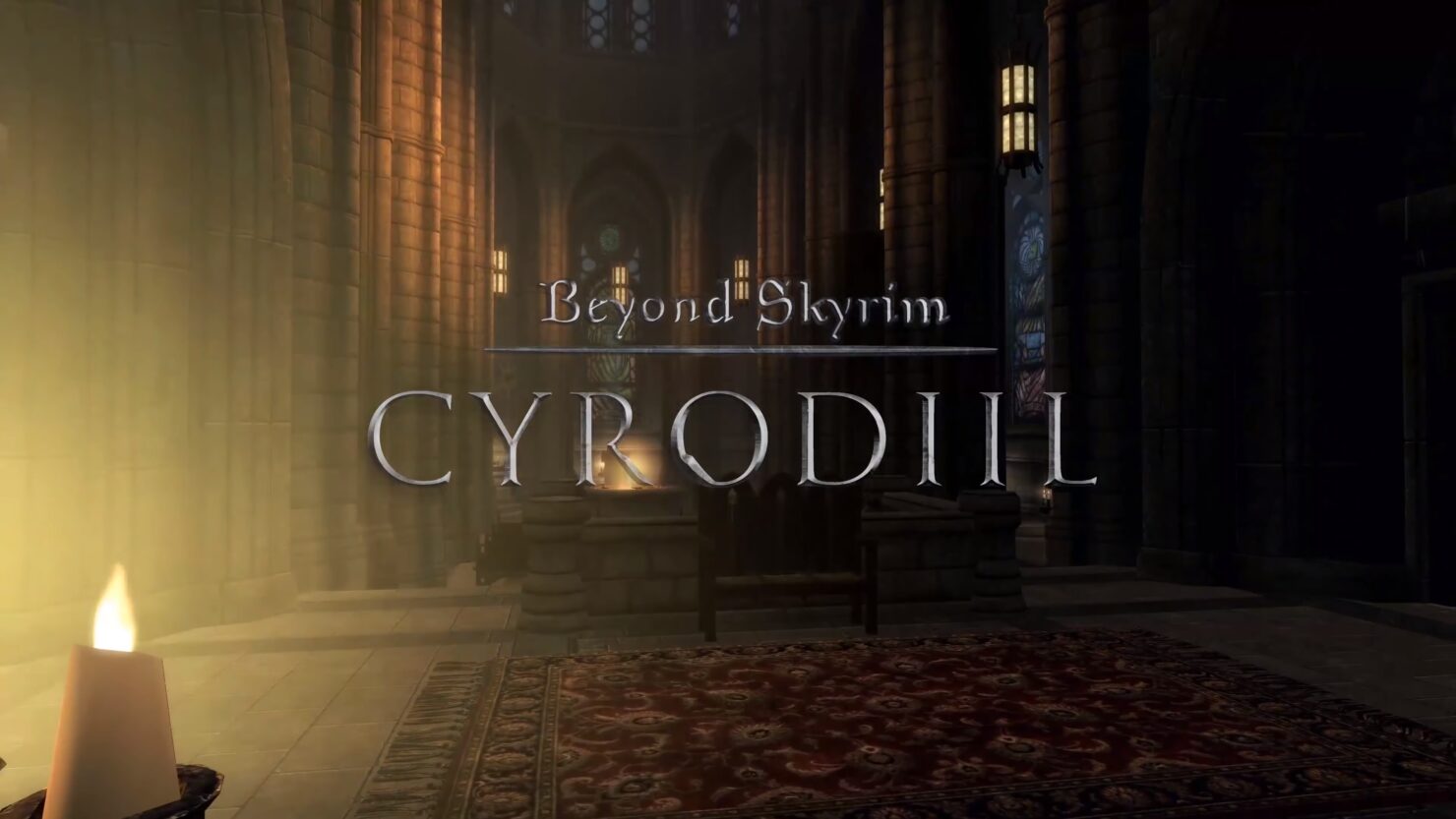 A new trailer for Beyond Skyrim: Cyrodiil, the total conversion mod that aims to recreate Cyrodiil in Elder Scrolls V: Skyrim, was recently released.

Beyond Skyrim: Cyrodiil is just one of the projects that an enterprising team of modders is undertaking with the ultimate goal to fully recreate all of Tamriel, the world of Elder Scrolls. For more info on Beyond Skyrim as a whole, check our previous article.

Machiavellian politics ensue as the counties and political juggernauts of Cyrodiil vie against each other to seize the Ruby Throne after the Emperor Titus Mede’s reign collapses. Whether or not they had a hand in his death, players newly arrived in the Heartland of the Empire will be drawn into the power struggle, and face the choice of deciding who they will help to crown the new Emperor of Tamriel.

Meanwhile, an ancient evil awakens deep underground. Amidst the power struggle, who will rise to confront this threat – and at what cost?

Beyond Skyrim: Cyrodiil adds the entirety of the Imperial Province of Cyrodiil to The Elder Scrolls V: Skyrim as a fully-explorable ‘expansion-style’ region. Your adventure will see you explore sprawling wilderness, bustling cities and perilous dungeons as you complete epic, all-new quests. An all-new adventure awaits.

A Broken Land – Explore Cyrodiil as you have never seen it before. Whether you are traversing the snow-covered Jerall Mountains, haggling with the many merchants of the Imperial City, or exploring the lush Gold Coast, you will experience the changes of the 200 years since the events of Oblivion. Cyrodiil is a land scarred by the recent Great War and the tribulations of an Empire in decline. Carve out your legend in this shattered land.

Adventure Calls – Cyrodiil is a land filled with adventure. Whether you join the Fighters Guild, the College of Whispers or the Thieves Guild, expect a tightly-woven narrative with plenty of player choice and consequence. And, as you explore the world, prepare to partake in a bounty of equally interesting side quests. Cyrodiil is a land just waiting for you to conquer its challenges.

The Seat of Sundered Kings – As the Empire is in decline and political conflict ensues, wade into the conflict. Pick a side. Crown an Emperor.

The Knights of the Nine – While the Empire collapses and Tamriel’s denizens bicker, an ancient and deadly evil awakens within the depths of the Ayleid ruin of Ninendava. Will you be able to contain this threat before it undoes Cyrodiil itself? Or will Cyrodiil fall once again to ancient masters?

A Whole Armory of New Gear – Cyrodilic armor, weapons and clothing are vastly different from the Nordic designs of Skyrim. Loot or buy Cyrodilic gear during your adventure. A veritable armory of new gear awaits.

Professional Voice Acting – With voice actors from such titles as Dust: An Elysian Tail, Wasteland 2 and Heroes of Newerthand incredibly careful writing and narrative design, expect to interact with some of the most colorful, diverse and rich characters ever seen in The Elder Scrolls.

A Polished, Cohesive Experience – Cyrodiil is brought to life with an entirely new original soundtrack, full voice acting, a whole bestiary of new creatures and a whole library’s worth of original, lore-friendly and tirelessly quality-controlled new in-game books.