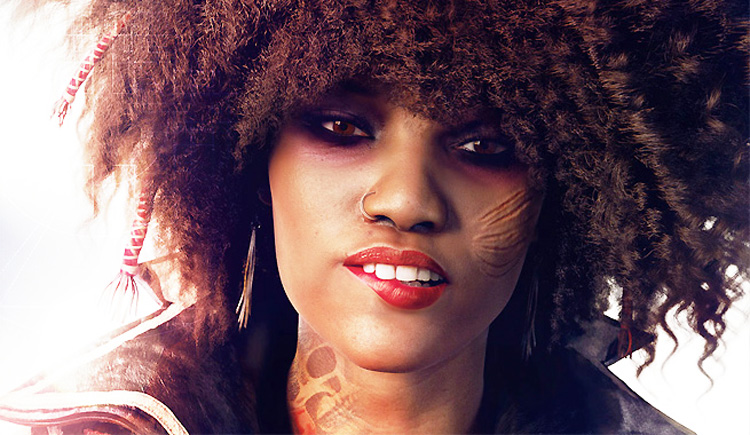 What will it be like to actually play Beyond Good and Evil 2? We’ve seen an impressive CGI trailer, and series-creator Michel Ancel has made plenty of grand promises about the game’s diversity and scale, but concrete details have been rather scarce. Is BG&E2 just a collection of lofty ideas? Thankfully, not – during the latest Space Monkey Report livestream, Ubisoft finally unveiled some BG&E gameplay. This is very early alpha footage, so it’s a big rough, but it’s definitely worth a look. You can check it out, below (jump to the 22:20 mark).

The footage provides a glimpse at the game’s battle system, which looks satisfyingly fast and fluid, and explosive ship combat. It also hints at the emergent gameplay you can expect from BG&E2. Michel Ancel described some of the possibilities…

"Everything is connected. You can do everything, anywhere, at any time. It means you can have a fight inside of a spaceship that's being attacked. You can have to escape, or get out, and this is not scripted. This is not a sequence that will happen just here and never again. It's really systemic, it's really epic things that you can live with your friends or alone. There's no boundaries, there's no loading. That's why this game is taking so much time [laughs]."

Ubisoft has also released the following Beyond Good & Evil 2 gameplay trailer, which includes a few more snippets of footage, including a look at the game’s main characters blasting around on jetpacks. Any game with jetpacks has my attention!

I recommend you watch Ubisoft’s full livestream, as it contains a lot of other details. Ancel take us through a full timeline of the BG&E universe, and provides a sense of the game’s scope (it will take place in a single solar system, rather than an entire galaxy). Ancel also hints the game may provide some answers to questions left hanging since the first BG&E.

More footage and details about Beyond Good and Evil 2 will be unveiled at this year’s E3. The game doesn’t have a release date yet.