Is Bethesda Going To Reveal Fallout 4 On 11 December?

Lately, rumors have been suggesting that Bethesda is working on Fallout 4 reveal but nothing has been officially confirmed yet. However, last month a mysterious site “TheSurvivor229.com” popped out of nowhere. The website is registered to ZeniMax Media but no official authenticity confirmation is given by the developer, Bethesda. 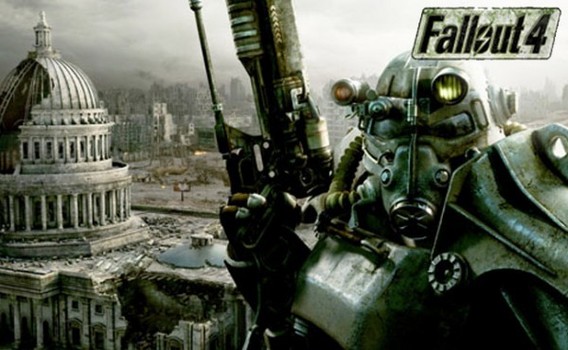 Hidden Message On The Teaser Website revealed - Is Bethesda Going To Reveal Fallout 4 On 11 December?

The Survivor 2299 has been doing a mysterious countdown, from almost a month now. The countdown is assumed to be targeting the reveal date of Fallout 4. The game has been rumored to be in development by Bethesda Game Studios but there are no official statements made regarding anything about the game. Bethesda also refused to talk about TheSurvivor2299.com.

The Survivor 2299 website is owned by the same company that owns Bethesda and since the company has no comments on the site, this all could also be a hoax. But mysteriously coded website has been updated recently and if we are guessing it right, the timer is counting down to December 11. 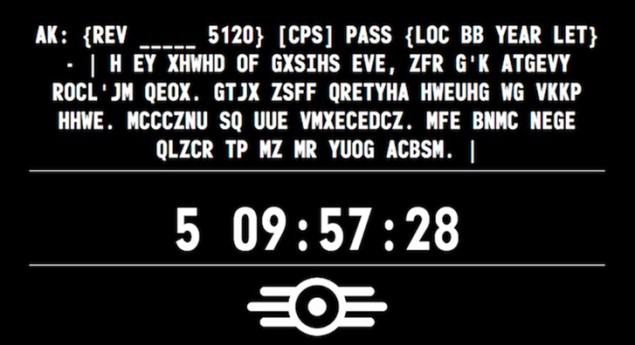 There is also a new codded message on the website that contains jumbled words. Reddit’s Fallout subreddit has thankfully decoded the message by arranging the jumbled words, the hidden message says:

“I AM SORRY TO INFORM YOU, BUT I’M AFRAID THEY’RE DEAD. YOUR LIFE SUPPORT SYSTEM IS JUST FINE. WELCOME TO THE INSTITUTE. THE ONLY SAFE PLACE TO BE IN THIS WORLD.”

With the growing hype, it was expected that Bethesda would announce Fallout 4, or anything about it, at the VGX Awards Show 2013 that would be held on this weekend but Bethesda’s VP of PR and marketing, Pete Hines has made it clear that there would be no announcements by the developer at the show. He wrote on Twitter, "No, folks. I am not going to VGX. Bethesda is not showing/talking about anything at VGX. Just some PR meetings in LA. Take deep breaths."

No, folks. I am not going to VGX. Bethesda is not showing/talking about anything at VGX. Just some PR meetings in LA. Take deep breaths.

VGX is on December 7, so following the countdown, we can still expect some news about Fallout 4 on December 11, but we can not bet if the game would really be revealed or the teaser website would only get a new update. It seems like Bethesda would make an official statement soon. "Take deep breaths" for now.