Be quiet!, the market leader in PC power supplies in Germany for more than twelve consecutive years, has announced its new enthusiast power supply series: Dark Power 12. The series consists of only two high wattage variants; 1200W and 1500W.

The new Dark Power 12 Series from bequiet! are clearly made for demanding uses and high power requirement scenarios featuring the coveted 80 Plus Titanium rating with an efficiency rating of up to 94.9%. With upcoming high powered devices, this PSU couldn't have come at a more opportune time.

One of the key features of the bequiet! Dark Power 12 Series is the use of fully digital control (PFC, LLC, SR/12V) which results in a higher efficiency curve. Due to this design, the Dark Power Pro 12 is able to claim a high-efficiency level over the complete power range, even low loads. This means that, even if you don't need this much power, you don't have to worry about falling in and out of the efficiency window that most PSUs operate at peak efficiency inside of.

bequiet! has incorporated their Silent Wings fans into the PSU but did so with a frameless design. The fan hub is mounted to a tripod and suspended within a specially shaped funnel to increase airflow while decreasing turbulence. They also eliminated the wires hanging around from the fan hub to maximize airflow to the critical components.

The bequiet! Dark Power Pro 12 is clearly fully modular with single sleeved cables that are about as premium as it gets. This is a great addition since so many cases now incorporate a PSU shroud that hides the PSU itself and all you get to see is the cables, it makes sense for a premium PSU to include premium touches like this. 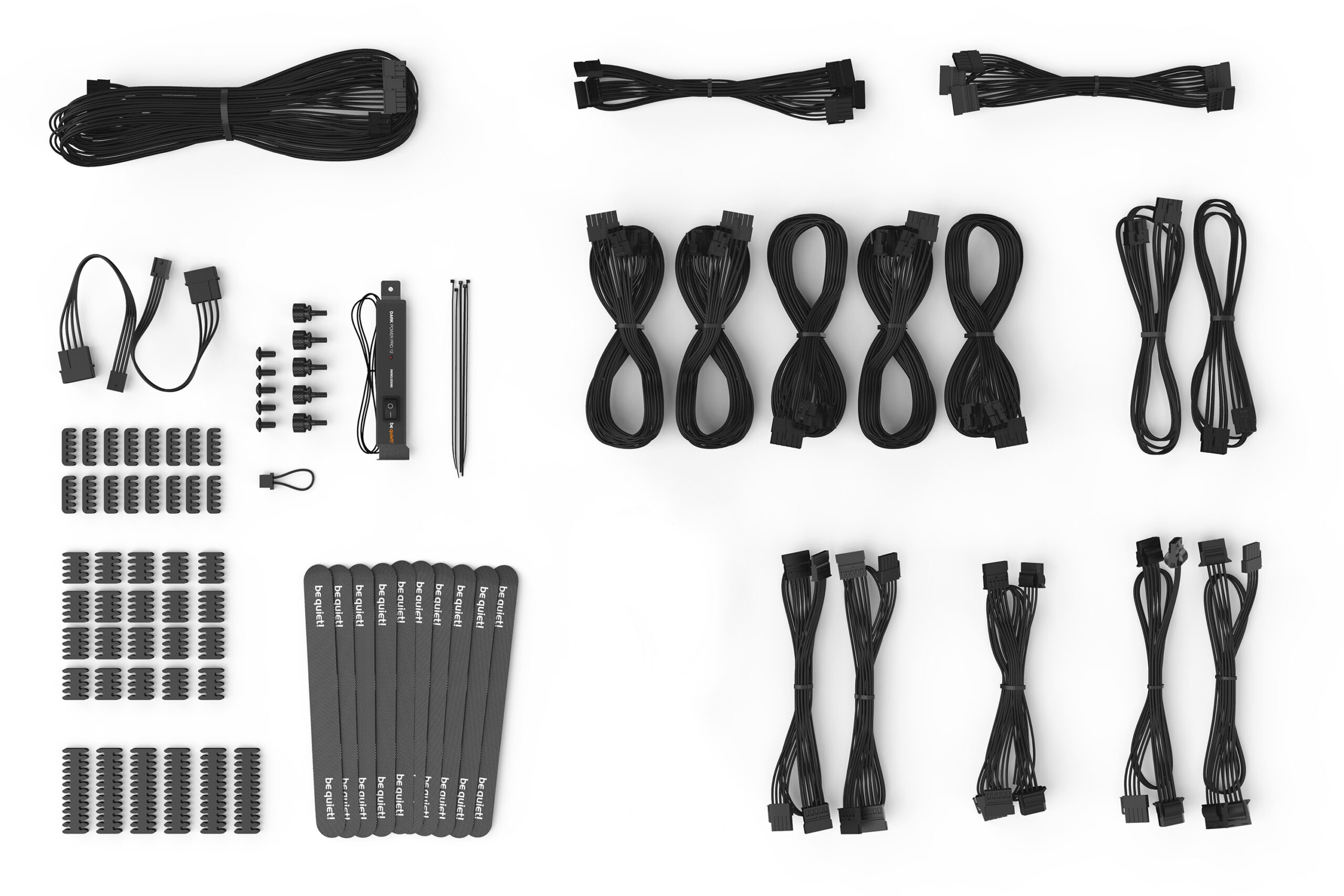 One of the unexpected inclusions for the bequiet! Dark Power Pro 12 is the Overclocking Key. This is an add on for the PSU that is mounted on one of the rear PCI expansion slots and gives you control over the multi-rail to single-rail switching of the bequiet! Dark Power Pro 12 so that you can switch from the default 6 12V-rail mode to a single pipeline for when you're going for maximum overclocks.

For those curious, I did not see a 12-pin microfit cable included in the images or the technical data for the bequiet! Dark Power Pro 12.