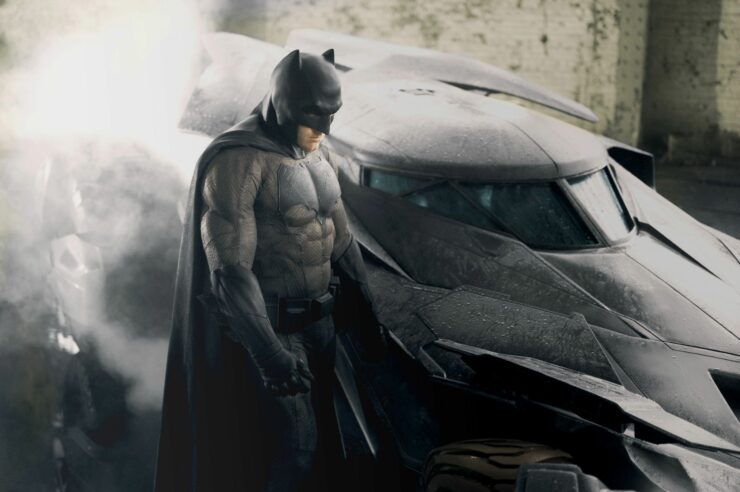 While we've all known that Baffleck will be directing the new Batman movie, we hadn't had any idea of a release date - until now. After the confirmation of Aquaman arriving in October 2018, the clever folks at Den of Geek have unearthed information that suggests Batman will be coming out in summer 2018.

Warner Brothers recently revealed that it has two DC movies coming in 2018 - one on July 27th and the other on October 5th. With Aquaman confirmed for October and Justice League confirmed for next November, this only leaves the caped crusader.

A few months back Affleck leaked some early footage of Deathstroke, confirming him as the movie's villain. While plot details are still thin on the ground, Joe Manganiello (Deathstroke) shared some juicy details about the upcoming Batman adventure during a recent interview.

"His take is a fresh take but I think the audience is going to be surprised," he told Comicbookmovie. "It's a road that no one's really gone down that's completely integral to who Batman is. And I think it's gonna be refreshing but at the same time completely familiar. But it's going to take this franchise in a direction that I think a lot of people are going to be really happy about.

"It's going to be gritty and action packed and cerebral and all of those elements that people love about Batman."

This all sounds promising but then again, so did Batman VS Superman. With Zack Snyder's take on the bat performing poorly and Suicide Squad receiving a critical panning, DC has a lot riding on the film. Let's hope the latest Batman movie can recapture some of the magic from the Nolan trilogy.