As a company, Apple loves acquiring new technology and companies to diversify its operations; and to control what products can be introduced in the market, just like a couple of other larger corporations. Apple's acquisition of Beats was one of these moves, that has allowed Cupertino to expand its services greatly and focus towards one aspect that allowed it to win a large chunk of customers over back in the early days. But looks like Apple's plans with Beats aren't limited only to music, as a new patent has been won by the company that will allow it to design gaming headsets with the Beats brand. 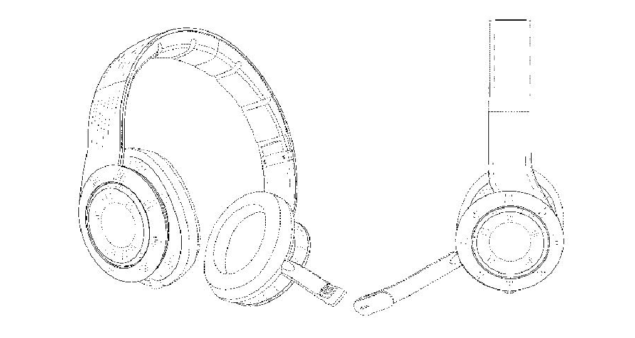 When there's nothing on Apple devices and gadgets, folks over at AppleInsider start digging around at the USPTO to see if Apple's been up to anything interesting. And looks like they've managed to hit the target again, as an all new Apple patent has been rewarded to the company by the aforementioned organization. This will allow Apple to design and create Beats headsets, for gaming. The patent has been rewarded to obert Brunner and Christopher Kuh of Animation studios, which has been involved in designing Beats products in the past as well.

While the headset, as shown in the images above resembles current Beats products, you can still see a dedicated, separate microphone protruding out from it as well. And since gaming is a vast market, perhaps Apple and Beats tapping into it through headsets would be a right move for both the companies. After all, Beats has managed to establish itself as a brand name for quality products and many gamers out there would like to give the company's products a spin as well. Some interesting times lie ahead for Apple indeed. Stay tuned and let us know what you think in the comments section below.