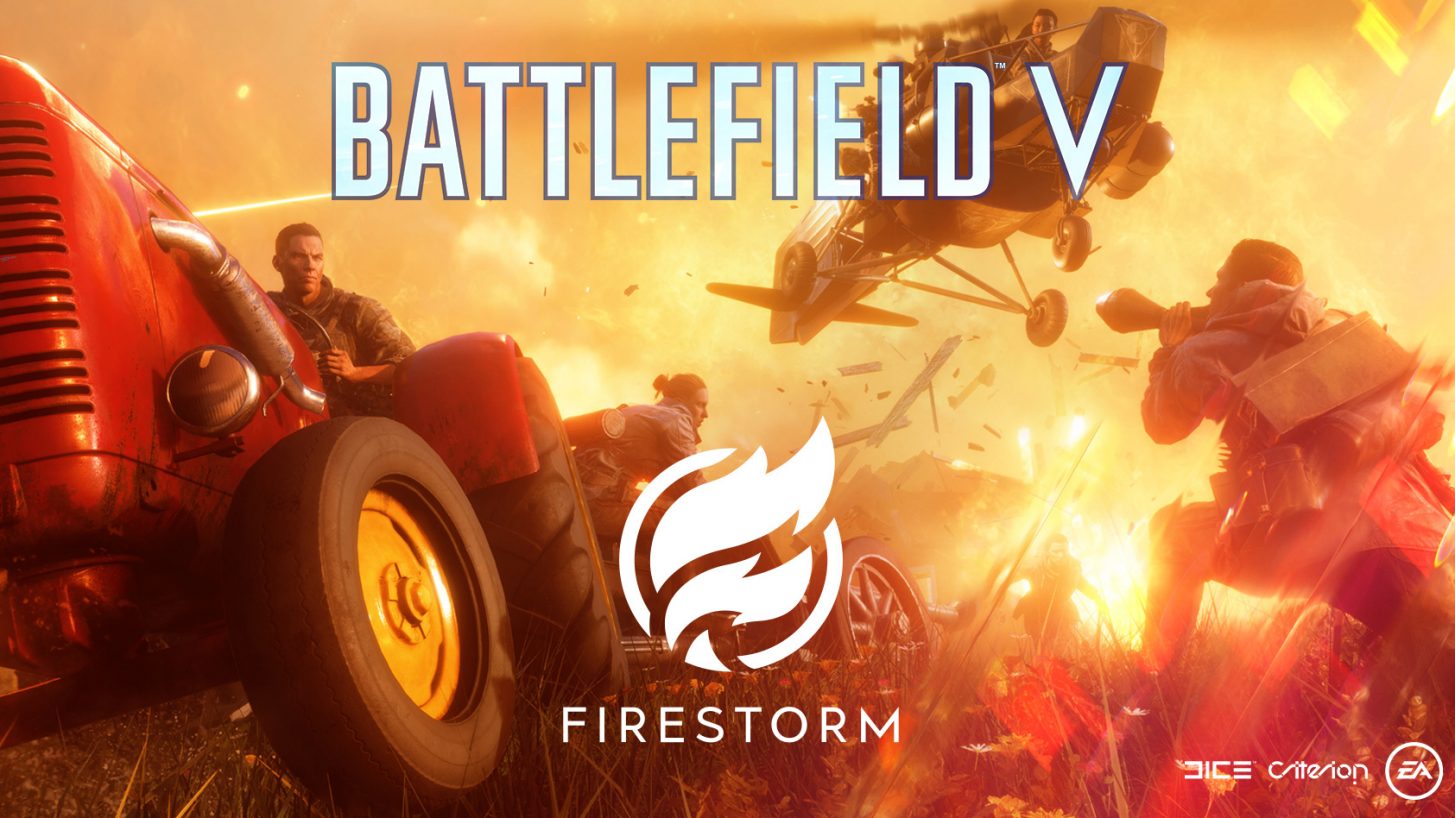 Today, DICE shared the entire Battlefield V roadmap for the remainder of the year. As a reminder, this will be free content added to the game as part of the Tides of War live campaign.

As its name suggests, Chapter 3: Trial by Fire is where we’ll launch Firestorm: battle royale, reimagined for Battlefield. We’re very excited to let you drop down onto our largest map ever to fight, scavenge, and survive when the mode is made available for all Battlefield V owners on March 25. Note that Firestorm will be improved and expanded after launch for all Battlefield V players as part of Tides of War; Duo play, for instance, is coming for a limited time in April. We’ve got several articles lined up to explain the nuances of the mode and our Firestorm overview article is a great place to start.

But there’s more to Chapter 3 than a deadly ring of fire! In April, fans of co-op can tackle added challenges with their friends as Combined Arms gets updated with matchmaking, two Fjell 652 map missions, and a Hardcore mode. Squad up and show the AI troops who’s boss.

We're cranking up the intensity even further later in Chapter 3. During this time, you’ll experience unexplored fronts as the fight moves to Mediterranean – with the addition of the Mercury map. Here, you'll take on a massive aerial invasion along the Cretan coast and experience the first and largest German paratrooper invasion ever, based on the real-life events of Operation Mercury.

There’s also another new game mode coming. In June, you’ll secure and build objectives to ensure your team assembles enough soldiers to endure through the fight. This is the premise behind Outpost, and you'll find more info about this multiplayer experience and further Chapter 3: Trial by Fire details on the Chapter 3 page.

Even more new ways to play Battlefield V will be introduced with Chapter 4: Defying the Odds, launching in June, 2019. In this Chapter, fans of close-quarters combat have a lot to be excited for. Specifically, there's a new multiplayer map and a new mode coming.

In the mode, you’ll take on focused 5-vs-5 Battlefield V matches on tight arenas. Stay, fight, and accomplish more together with your squad across several battlefields designed exclusively for the mode. More details, such as the mode's name, will be revealed further down the road. As for the the close-quarter map, its urban design has been sought after by the community and should feel both familiar and fresh at the same time. We can't wait to share more.

The fourth Chapter also brings the Marita map, where you can experience the clash of forces that took place in Greece in late 1940. This second Battle of Greece map takes place along the mountain side overlooking a river, with ambient war from the ongoing conflict in the valley below echoing alongside you.

We’ll reveal more about Chapter 4: Defying the Odds in the run-up to EA PLAY in June. Join us there for exciting updates – and get hands-on with the new close-quarters mode.

Awakening the Giant: Prepare for Chapter 5

Get ready for a land, air, and sea invasion in a completely new theater of war. As Battlefield V keeps on evolving, you’ll be awakening a giant when Chapter 5 hits in fall 2019. So, where will Chapter 5 take you? Where will you fight, who will you be, and what will we bring you from mankind's greatest conflict? Time will tell. Rest assured, we're committed to expanding your WW2 journey and Chapter 5 will truly broaden your horizons.