Battlefield Hardline, like all previous battlefield games, will be a first person shooter under development by Visceral Games in collaboration with EA Digital Illusions CE. The game is published by Electronic Arts and will be available soon globally across all major platforms including the PlayStation, Xbox and the PC. The game has finally launched in some parts of the globe and will be available in others in a couple of days. 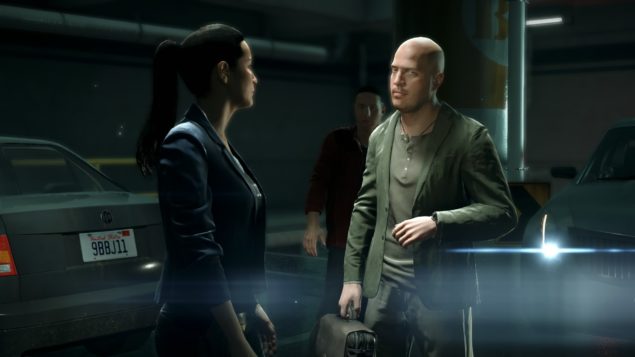 In the eyes of many, the key to Battlefield on current gen platforms is Frostbite 3. Frostbite is a game engine developed by EA Digital Illusions CE and can be used on a wide range of games. With the release of Frostbite, DICE added in several features to the game including HDR audio and Destruction 1.0. Version 1.5 introduced Destruction 2.0, majorly improving environment physics and improving DirectX 11 support. The improvements just kept rolling in thanks to newer versions of Frostbite.

Although Battlefield 4 wasn't as big an improvement on the previous version of the game, it still brought improvements to the Battlefield table. Similar is the case with Battlefield Hardline, which has earlier been confirmed to be 900p on the PS4 while the Xbox One version is at 720p resolution. Hence, all the promises of 1080p at E3 2014 were proven invalid in time.

Hence the Xbox One's hardware capability was proven to be inferior to the PS4, which can run the game on a higher resolution i.e. 900p. But apparently, resolution aside, the end product of the Xbox One game is better on the beta than the PS4 where the Xbox One graphics quality looks better according to the pictures we will showcase below. But no one can argue that Battlefield Hardline proved that the PS4 was more hardware capable than the Xbox One where GamingBolt claims that the game averaged 57 fps on the PS4 as compared to an average of 53 fps on the Xbox One. You can have a look at the screenshots below.

And Additionally, the PC screenshots for comparison.

So basically, as you can see that the Xbox One screenshots look more lively as a result of better graphic rendering but nevertheless PS4's graphical capability is not being questioned here. Frostbite 3 has still kept up with the lightning conditions of the game which really come into play in dark conditions where the game outshines the rest because of its Frostbite engine.

Visceral has promised to cater the PC version with a wider range of options. The test settings of Gamingbolt for the PC was an i7 with 16 GB RAM and different graphic cards so as to see individual performance of the Graphics cards. The following were tested with the framerates as stated:

The game basically requires a good CPU and a mid tier GPU to run at a good capacity which includes a good framerate with a decent pixel density. All in all, the game can run at decent quality on the consoles but the overall graphic quality could be better with some more catchy graphics. It is an improvement on the previous release of Battlefield but far from a revolution in gaming. Better optimisation for higher pixels could be the key for the developers in future and would definitely earn the game some additional earned points. In the consoles, the PS4 wins in terms of resolution but the texture rendering makes Xbox One look better, but the obvious winner in terms of graphics is the PC which leaves the consoles behind in all departments.