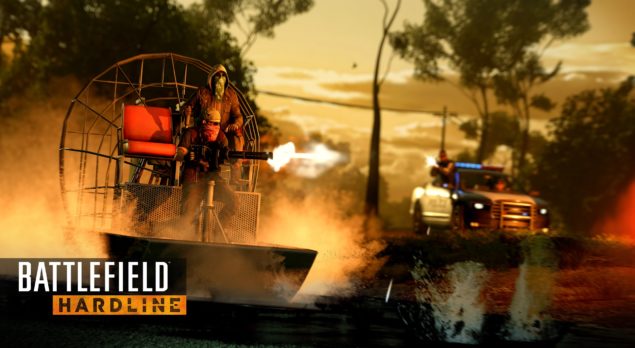 The PlayStation 4 version runs at 900p, so it's noticeably less sharp than the PC version, which is maxed out at 1080p. The PC version appears to have more aliasing options, more flexible resolutions (understandably), higher resolution shadows, more foliage and sharper textures. The PS4’s shadow resolution is about equivalent to the PC’s medium setting. 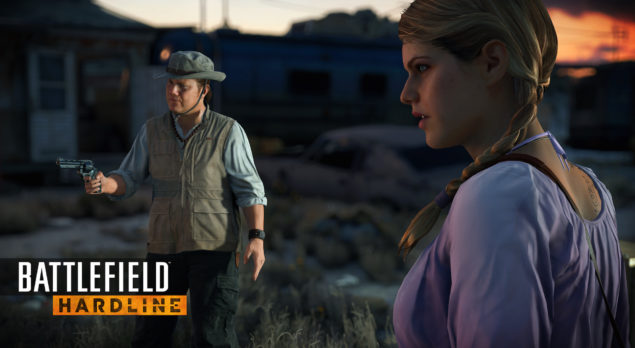 Considering the PS4's lower resolution, the PS4 does a pretty good job. Especially taking into account the solid frame rate, the difference in visual quality between the two is not too far apart. You can view the two versions in the gallery below. Note that the first image is of the PC version and the second of the PS4.

Even though, Battlefield Hardline released only just a few hours ago, already seventy thousand people are playing the game. What's interesting though is that the Xbox One version has an early lead over the PS4, with nearly double the number of players.

Since most players are midnight launch customers, points to the Xbox One having more hardcore FPS gamers. Late Tuesday night when the majority of day one purchasing public are online will give us a more accurate indication though.

Introduction to Battlefield Hardline with a few tips

I’m a Battlefield Rookie - What Game Mode Should I Try First?

Hardline contains both a thrilling single player campaign and the all-out war glory that is Battlefield Multiplayer. If you don’t want to face the heat of multiplayer right away, start with the campaign and familiarize yourself with the controls, try the guns, and earn some Battlepacks.

When you face off in multiplayer, there are seven unique game modes to choose from and we hope you’ll try them all. If you’re unsure where to kick off, you can’t go wrong with Hotwire. If you played the beta you already know about this fast-paced mode, where the cops and criminals fight over a series of marked cars. These rides are basically mobile control points, which you need to take control over. Expect glorious chaos on the streets as the two fractions face off.

And What Class Should I Choose First?

If you’re new to the class system, choose one of the four and try that out for a few matches before switching. Try starting with the Operator class and learn how to keep team mates and yourself alive with the First Aid Packs. Play around with the class-specific guns and gadgets and get a sense of the rock-paper-scissors gameplay foundation that Battlefield rests on.

Any Other Good Beginner Tips?

Playing Battlefield Hardline earns you in-game cash. Make sure to spend it to unlock new weapons, gadgets, and attachments.

Spend some time at the loadout screen and tinker with the weapon and gadget setup for your agent. Find a combo you like - and don’t be afraid to experiment.

You’ll unlock Battlepacks throughout your Battlefield Hardline career. Open these in Battlelog or the in-game menu as they contain helpful items like XP boosts, weapon camos, knives and more.

The zipline and grappling hook are two great gadgets that will let you move around the Battlefield more efficiently. Find a slightly glowing ledge of a building, fire the grappling hook, and climb the rope to waste some snipers. Ziplines let you move quickly to a lower part of the map – just look out for enemies sabotaging them during your ride…

When you spawn in to the streets, be aware that you can spawn into vehicles or on team members. You don’t need to respawn in your base the whole time.

We will bring you any new information on Battlefield Hardline as soon as it becomes available.