Battlefield 5 Reports: Fans Won’t Expect This One; DICE Did an Amazing Work Once Again 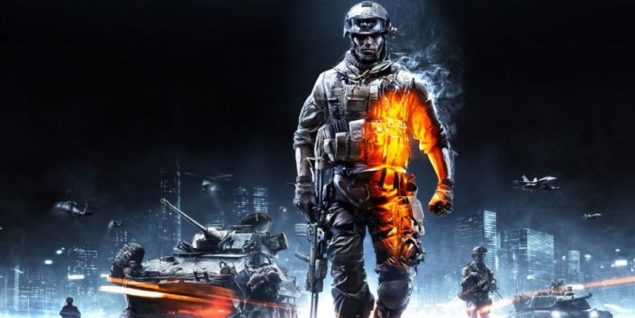 Now that Call of Duty: Infinite Warfare has been fully revealed, the attention has moved to Battlefield 5 (disclaimer: there's no guarantee it will be named that way, but we'll use it for convenience).

With the official reveal due this Friday, let's do a quick recap of what we know about it. The strongest rumor came off a Swiss retailer, which mentioned that the game would be set in World War I; this is after Electronic Arts CFO (Chief Financial Officer) Blake Jorgensen said that the next Battlefield would be returning to the military origins of the series.

However, there are some fresh hints. DICE's Online Marketing Manager Casey Al-kaisy said that he doesn't think people will expect this one.

@DanAkaPharao @JaqubAjmal I don't think people will expect this one!

Considering that people have been actually expecting a game set in World War I or II, this is particularly interesting. Others are gunning for Battlefield 2143, in an effort to fight Call of Duty: Infinite Warfare directly, but then again Electronic Arts also has Titanfall 2 coming this year and it would be weird to have two futuristic first person shooters eating each other's player base.

What could be unexpected, then? Why, for Battlefield 5 to be set in Vietnam, for instance. With the exception of Rising Storm: Vietnam there wouldn't be any direct competition, and the Vietnam expansion pack for Battlefield: Bad Company 2 was very well received.

Setting aside, there is at least one impartial person who has seen Battlefield 5 and came out extremely impressed. It's Joe Brammer, Executive Producer of Bulkhead Interactive, the UK studio making Battalion 1944 and The Turing Test.

A couple weeks ago, he tweeted that he saw "BF5 things" and was beyond excited. That alone caused so many Twitter users to ask him about details that he had to delete the tweet, but not before an image of it was taken.

A few hours ago, he went back to the subject and stated that while he cannot say anything about the setting of Battlefield 5, the fans can be assured that the team did an amazing work once again.

@PlaysiLounge yes, and I will not be saying. You'll find out on Friday, rest assured, that team have done amazing work again..

Casey Al-kaisy also said that the new Battlefield will be amazing rather than just good, and that the reveal won't disappoint, though admittedly it would have been surprising if he said any different.

@ClassyPredator Its not just good, it is amazing!

What kind of setting and/or gameplay additions would you like to see in Battlefield 5? Tell us in the comments!