Battlefield 4's official webpage or as you may call it "Teaser Site" has gone live a day after we reported tons of details about the game itself. Not only the site itself but the sub-forum for Battlefield 4 has also gone live on EA's Battlelog forum page.

The Battlefield 4 official site shows an interactive image covered in fog which can be cleared by moving the mouse over it. This could be a demonstration of the dynamic weather system effects which would be included in DICE's updated Frostbite engine as detailed yesterday. You have to login the site with your Origin id to view the complete artwork which is the same as the cover image  been floating the web since a few days except that the solider/protagonist is missing from the screenshot.

The platforms for Battlefield 4 have also been listed inside the site's source code which include PC, PS3 and Xbox 360 however there's no mention of Next-generation consoles. Maybe the folks at EA  forgot to update this bit or they don't want to reveal anything on the next gen parts from Sony or Microsoft until their GDC Battlefield 4 reveal.

That's not all the teaser site has to offer, for once you have completed the task of logging in and gaining the dog tag, you would notice a bar at the bottom which hasn't been filled yet. The site mentions that as more people login, more content would be unlocked which could possibly include game details and artwork, so if you want more details about DICE's next generation Battlefield 4 then head over to the site now! 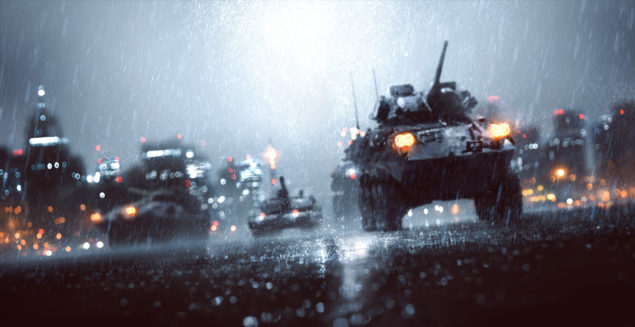