Battlefield 3: Close Quarters DLC map pack is what the name suggests, the game will step away from the large and luscious maps fans have come to know and love and are trading it in for smaller maps with newer weapons. But is taking a page from Call of Duty really the wisest decision? These kinds of maps would be pure madness on a 32 v 32 Server for PC players and possibly still be chaotic for say 24 v 24, I just hope that DICE doesn't ruin this DLC for the fans considering the amazing new weapons shown off. 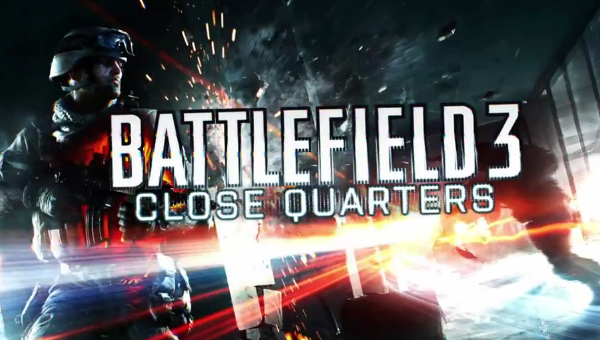 Battlefield 3: Close Quarters DLC is one of DICE"s biggest gambles in the making, they are choosing to make the maps smaller - medium size rather than big - Large maps like they usually do, this is one of the newer maps called Donya Fortress and as you can see the destructible environments and explosions are still as beautiful as ever but the question is will fans be able to adjust to a smaller living space and whether or not the map will be balanced enough for large population servers to use. I already hate playing 32 v 32 Grand Bazar and getting base trapped so I hope DICE finds a way to counter this problem when they are making these smaller maps so that players aren't at a complete disadvantage.

The DLC is headed out for June 2012 release date and a week early on the PS3 after which it will make its way to the PC and the XBOX 360 too. As an added bonus here are the new weapons shown off in the trailer, I was able to copy paste these from a comment in a video before it disappeared: