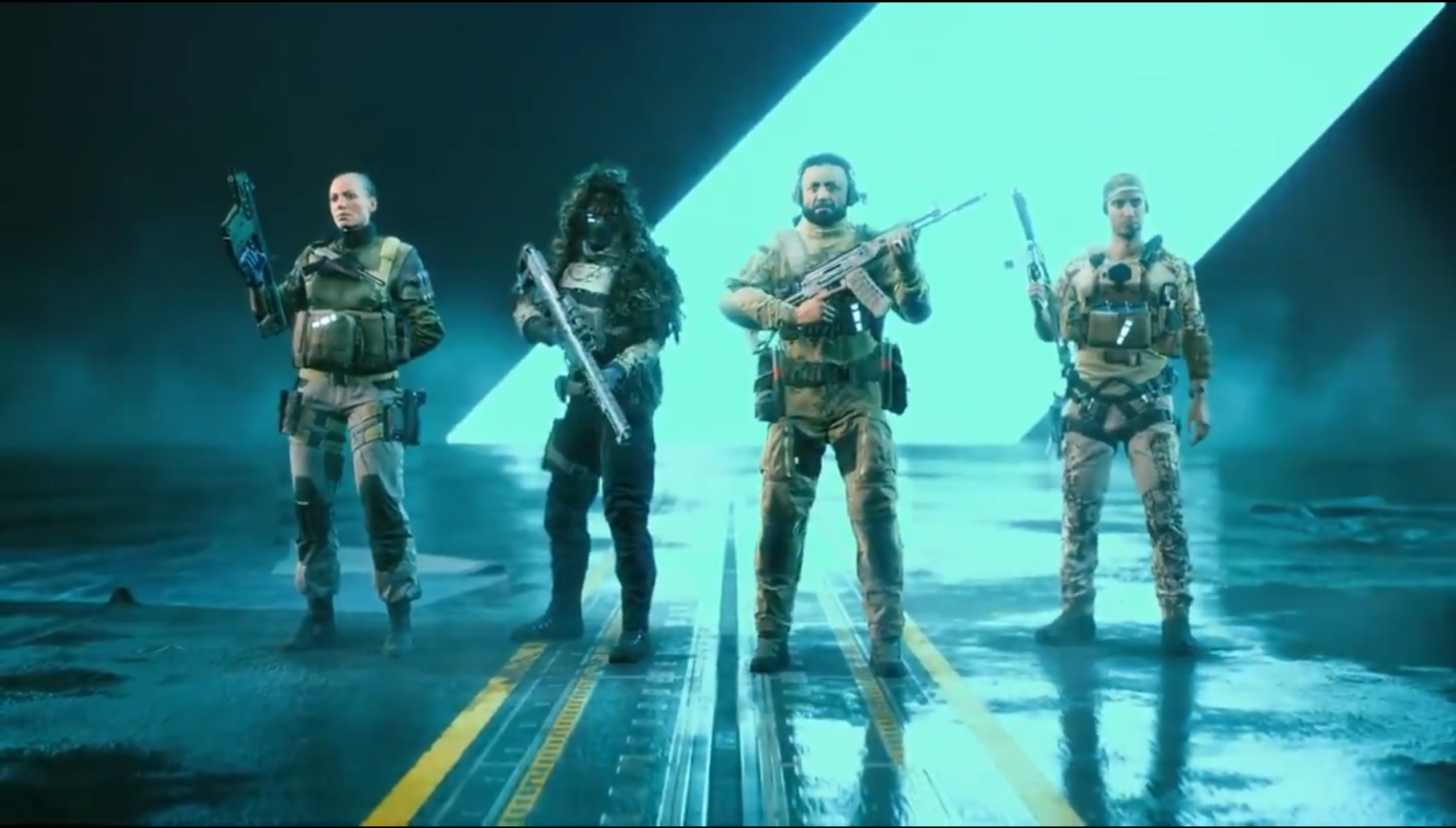 The specialists that are shown off in this trailer include Webster Mackay, Maria Falck, Pyotr "Boris" Guskovsky, and Wikus "Casper" Van Daele. Each Specialist has a unique set of perks and gear that allows them to shine on their own.

Here's each Specialist's gear and perk:

Webster uses a Grappling Hook which fires a rope that attaches to surfaces. When attached, the rope is retracted and the player gets pulled towards the attach point. His trait is Nimble, which allows the player to move more quickly while aiming down sights, further enhancing their speed-related advantages.

Maria Falck is a Combat Surgeon, this trait allows the player to return downed players to combat with full health while reviving them. Additionally, she uses an S21 Syrette Pistol which fires syringes at friendly units to provide healing. Alternatively, if the Pistol is fired at an enemy, it will cause damage to them.

Pyotr uses the SG-36 Sentry System to set down sentries that automatically spot and engage enemy targets detected within a certain area. His trait, Sentry Operator, spots the enemy target when the sentry gun locks on to the enemy.

Van Daele is a Recon-oriented Specialist. He uses the OV-P Recon Drone to spot nearby moving targets. He can also disorient enemies using EMP Blasts. The drone can also be used to designate targets for lock-on weapons. His trait involves a Movement Sensor which alerts the player to approaching enemies, both while boots on the ground of while piloting the Recon Drone.

Battlefield 2042 is set to release on October 22. The game will be available on PlayStation 4, PlayStation 5, Xbox Series X, Xbox One, and PC. EA and DICE have announced that there will be an Open Beta for the game at some point during September 2021. Players can pre-purchase the game on PC and Consoles via the game's official website starting at $59.99.