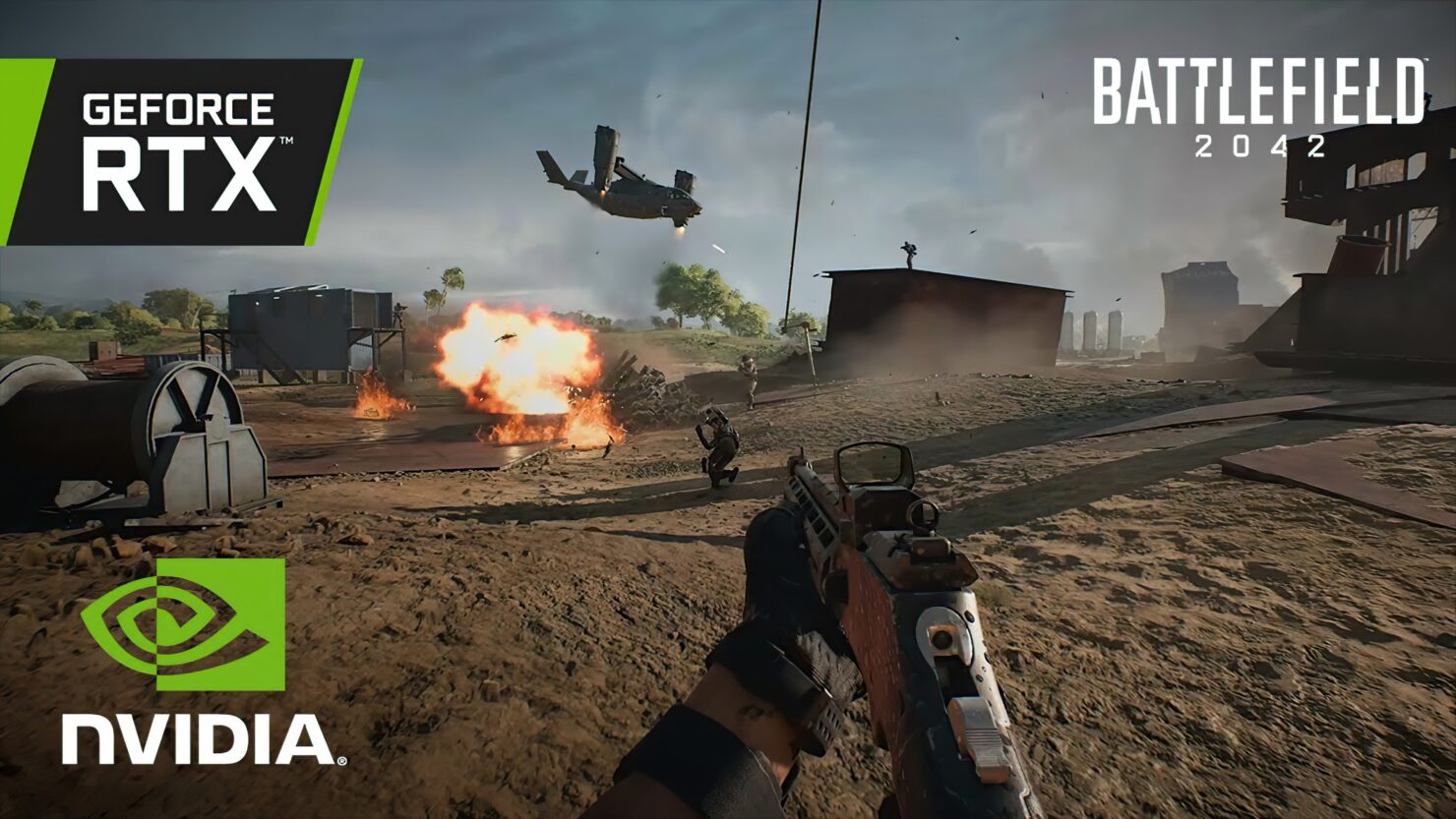 Today, NVIDIA and DICE revealed to have partnered on Battlefield 2042 not only to add NVIDIA DLSS and NVIDIA Reflex as previously announced, but also ray traced ambient occlusion effects, whereas Battlefield V featured ray traced reflections. This won't be available on next-generation consoles.

Battlefield 2042: Enhanced With Ray-Tracing, Only On PC

Ray tracing refines graphics, creating more realistic scenes that help immerse you in the action. In Battlefield 2042, EA and DICE are introducing Ray-Traced Ambient Occlusion, which accurately adds shadows where game elements occlude light. Be that between a soldier and a wall, a tank and the tarmac, or foliage and the ground.

In Battlefield 2042, you can use NVIDIA DLSS from day one to get the definitive experience, with maxed out graphics, high frame rates, and uncompromised image quality. Check back soon for performance charts and more.

With NVIDIA Reflex, we can greatly reduce system latency, one of the main culprits behind unresponsive gameplay.

In two dozen games Reflex reduces system latency, and when Battlefield 2042 launches you can enable it with just a few clicks on several generations of GeForce GPUs. Be sure to use it for a more responsive experience that may give you the competitive edge.

In other Battlefield 2042 tech news, DICE developer elenarie recently confirmed in a ResetEra thread that the game won't feature 120Hz support for next-generation consoles at launch due to CPU requirements.

Something to explore in post launch, potentially. Resolution is not a problem, we are hammering the CPUs with 128 players quite severely, and the CPU requirements to jump from 60 to 120 fps are not trivial. Reducing resolution won't be much of a help. 🙂

Battlefield 2042 launches on November 19th, though early access users can join the fray a week early.