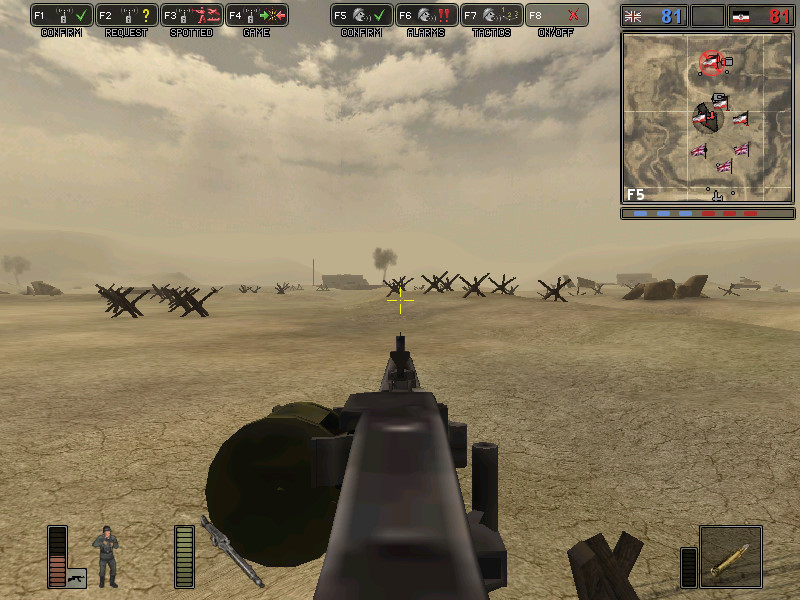 Without a shadow of a doubt, there's been a lot of controversies when it comes to the list of storefronts on the PC, with Valve having led the charge for a good number of years now. Be it the hack-jobs of Digital Homicide, [BC]Interactive (Berdiyev) or particularly Zonitron/Silicon Echo which had 173 games removed. Still, despite having had to react countless times, Valve insists on letting anybody upload anything to Steam and only responding when the time comes. Insert Tank BATTLEGROUNDS.

Significantly more damning is where the description of Tank BATTLEGROUNDS directly mentions Battlefield 1942, stating "In order to win, Battlefield 1942 pays more attention to teamwork". Now, I fully admit I'm no store likely worth billions of dollars, nor do I own such a store, but the storefront that allows this is openly and legally culpable for what is there, despite how much a number of them would love to simply wash their hands of it and declare it a free for all.

One thing that is worth pointing out is that Tank BATTLEGROUNDS did have an exact release date of the 30th of May, which has now just been changed to May 2019. Does this mean that the game has been flagged as a result of the Reddit thread? Only time will tell. It would still be nice to have a little human oversight on what exactly appears on Steam, even those in the 'coming soon' tab.

This isn't the first time openly copied content has appeared on Steam in one shape or another. In the past World of Warcraft and even Last Week Tonight with John Oliver was uploaded to Steam Greenlight, when that still existed. Not to mention the blatant ripping off of copyright with Pickled Ricc directly uploaded to Steam, stealing from Rick & Morty. The list could continue.

What it directly shows is that Valve's earlier promise of being completely hands-off and letting any old crap get uploaded to Steam, so long as the person pays the $100 required to upload their thing. Granted, their hands-off approach does have its limits when there is enough public backlash, even worse for the company when somebody in a high enough position becomes aware of the situation, as was the case with the Rape Day game that was eventually removed.

It's no secret that indie developers are becoming more disillusioned with Valve and Steam as a whole. Not only is it considerably more difficult to get a smaller game noticed, due to the swamp of utter fetid faecal matter that is the Steam storefront and a vast majority of its new releases, Valve also punishes smaller titles by offering a worse share of the revenue to those games. It remains a 70/30 split until a game hits $20m, 75/25 between $20 to $50 million and then 80/20 from then on, essentially punishing the poor while assisting the rich.

There's little doubting that Valve, with Steam, still essentially hold a monopoly over the PC market. As is the case with any monopoly, the company becomes lazy, and this is exactly the problem. With no oversight, the store and service declines. Having been with Steam ever since I was forced to install it for Half-Life 2, I've accrued over 4500 games and I've certainly been a strong proponent for the service, but I will certainly argue that they need to fix what has rapidly become a broken mess.