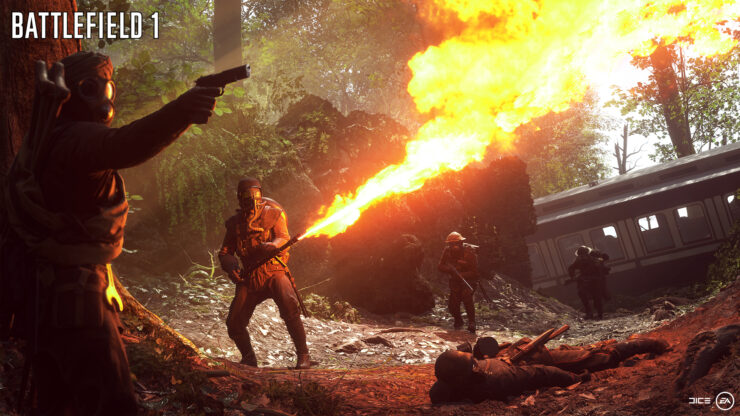 [Update] A new Battlefield 1 PlayStation 4 Pro frame rate test has emerged online, confirming that performance is indeed improved on the console. You can check out the test right below.

[Original Story] The PlayStation 4 Pro is finally available in all regions today, and players are finally able to enjoy select titles with a variety of enhancements. Battlefield 1, the new entry of the DICE developed series, was supposed to be one of the already released titles coming with PlayStation 4 Pro support, but the team has been silent on the matter since the original announcement. According to several reports, however, the game already seems to run better on the new Sony console.

A few minutes ago, reddit user Cerraent reported that Battlefield 1 on PlayStation 4 Pro runs much better than on the regular PlayStation 4, with a more stable frame rate. Apparently, the game also does away with dynamic resolution on the console.

I've received my PS4 Pro on Saturday and spent the weekend with Tomb Raider - BUT:
Putting in Battlefield 1 (without my savegame from my regular PS4) on my SDR 1080p TV I was immediatly blown away by the sharpness from the intro/tutorial.
While the campaign had a distracting aliasing on trees and foliage on my regular PS4, everything was extremely crisp and the texture detail was amazing (mud, gravel and so on).
On Tuesday, I read that there is no Pro patch for Battlefield 1, so I've moved the old PS4 back to my main TV and did a direct comparison. There is an huge increase in sharpness and the framerate is much more stable in multiplayer. I've never noticed a downgrade in resolution on pro (if you don't count the PS4 bug with a short downgrade to 320x240) while the regular PS4 did struggle with 60fps and 1080p.
I also had the feeling that it gave an competitive advantage in multiplayer. Even my wife, who normally does not care for the technical side of games, mentioned that the game looks more crips/fluid than the last time she's seen me playing it.
Sadly I have to ship my Pro in today, due to loud coil whine while under load. I would have taken screenshots otherwise.

Cerraent report is corroborated by other reports that have surfaced online. NeoGAF user Baked Tanooki reported an improved frame rate in Conquest while playing with 64 players.

Seems like Battlefield 1 was already patched.
Framerate feels much smoother now, when playing with 64 players. It doesn't look like absolutely locked 60fps, but it's much much better.
The resolution bug seems to be gone, as I haven't experienced it a single time on my pro. It looks like it stays on 1080p all the time, instead of the dynamic resolution.
Looks cleaner and easier on the eyes.

While these reports sound quite promising, we must take everything with a grain of salt until an official word from DICE comes in. According to Julian Manolov, the team cannot talk about the matter right now due to an NDA, most likely for a marketing deal, so the reports may indeed be right.

Most likely any answers to such questions are under NDA