Developer Gearbox Software has released a new trailer for their upcoming first-person shooter 'Battleborn'. The trailer is called the 'Rendain' trailer and introduces players to the game's main villain - Lord Commander Lothar Rendain. 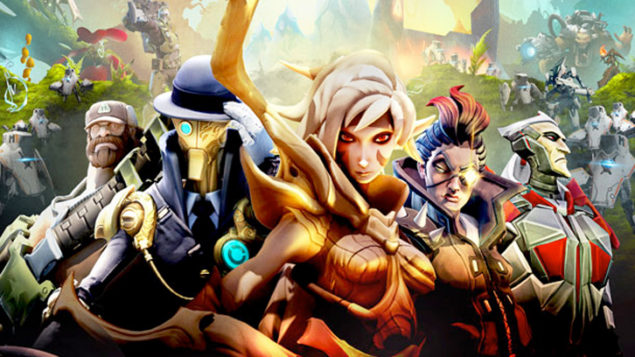 According to Rendain the end of the cosmos is unstoppable, but the lord commander has a plan to survive. Unfortunately there isn't room for us in his twisted plan.

Check out the trailer below:

Developed by the teams behind Borderlands 2 and releasing On February 9th, 2016

Battleborn was announced last year and is being developed by the teams behind the critically acclaimed hybrid role-playing-shooter Borderlands 2, and is an ambitious fusion of genres. The game combines highly-stylized visuals and frenetic first-person shooting, with Gearbox’s industry-leading co-operative combat, and an expansive collection of diverse heroes. Battleborn is set in the distant future of an imaginative science-fantasy universe where players experience both a narrative-driven co-operative campaign, as well as competitive multiplayer matches.

If Borderlands 2 is a shooter-looter, Battleborn is a hero-shooter

According to publisher 2K:

Battleborn represents the combined might of the development and publishing teams behind the success of Borderlands 2, which to date has sold-in more than 9-million units worldwide and has become 2K’s highest-selling game of all time

Battleborn is scheduled for a release on February 9th, 2016 for the PS4, Xbox One, and Windows PC. An open beta will be held prior to the release of the game and more details about the public test will be shared later this year.