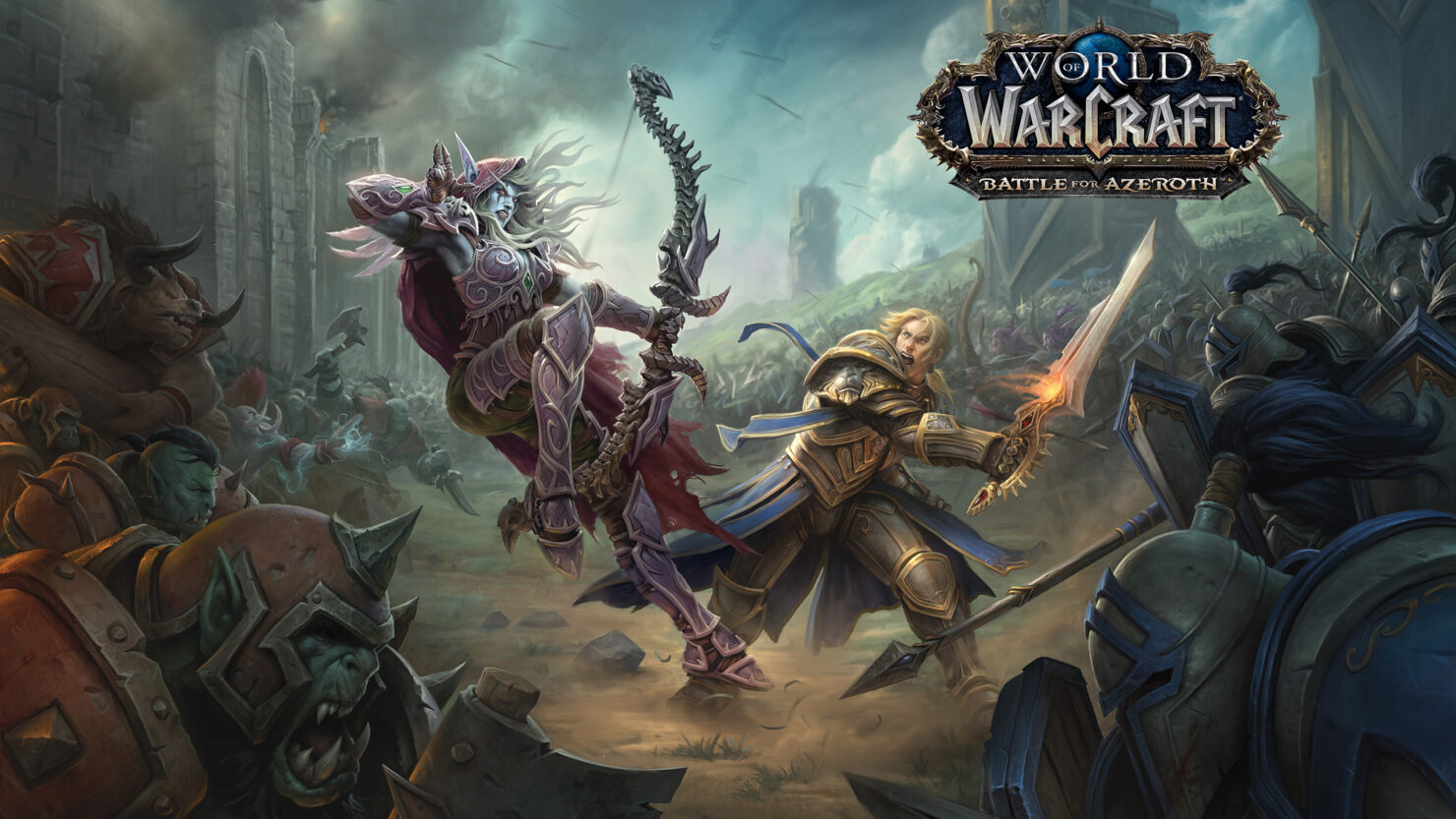 The Alpha build for World of Warcraft Battle for Azeroth, the seventh expansion due to hit Blizzard's behemoth MMORPG later this year, is finally available for testing.

While few currently have access to the Alpha build, those that do have been able to datamine all sorts of information on Battle for Azeroth. Amidst a sea of new items, races, creatures and the usual spell/skill changes, there is one string that managed to catch our attention.

It's pretty self-explanatory, really. From the looks of it, DirectX 12 support might be on its way to World of Warcraft with Battle for Azeroth.

This could turn out to be a massive performance boost as the game has historically been CPU bound, though it is also true that the old engine may not be able to fully exploit the advantages of the new API.

Below you can find the official description and feature set of Battle for Azeroth, likely due to hit live servers at some point between September to November.

DECLARE YOUR ALLEGIANCE
Azeroth paid a terrible price to end the apocalyptic march of the Legion’s crusade—but even as the world’s wounds are tended, it is the shattered trust between the Alliance and Horde that may prove hardest to mend. As this age-old conflict reignites, join your allies and champion your faction’s cause—Azeroth’s future will be forged in the fires of war.

RECRUIT ALLIED RACES
Explore Azeroth as one of six new playable Allied Races, including four you've encountered in your campaign against the Legion. Embark on a quest to earn their favor and unlock each race, adding their strength to your faction. Create a new character and complete the full leveling experience to earn a distinctive Heritage Armor set.

ALLIANCE KINGDOM
KUL TIRAS
As a hero of the mighty Alliance, journey to the seafaring kingdom of Kul Tiras, home of Jaina Proudmoore. Untangle a web of betrayal and dark magic as you encounter power-hungry pirates, witches wielding death magic, mystical sea priests, and more. Explore the stony peaks of Tiragarde Sound, trek across Drustvar’s high plains and red forests, and navigate the intricate inland canals of Stormsong Valley as you convince this fractured kingdom to join your cause.

HORDE EMPIRE
ZANDALAR
Prepare the Horde for war by recruiting the ancient empire of Zandalar. In this troll-dominated territory, ancient evil waits to be unleashed on the world as you battle crazed blood-troll worshippers, gargantuan dinosaurs, and titan constructs. Discover Zuldazar, the oldest city in Azeroth; unveil the bleak swamps of Nazmir; and traverse the deadly deserts of Vol'dun.

PLUNDER UNCHARTED ISLANDS
Set sail for the previously unmapped isles of Azeroth. Battle in groups of three as you race against cunning rival intruders—or enemy players—to collect the island’s resources. Constantly evolving challenges await as you traverse frozen landscapes near Northrend, open the gates of an abandoned Gilnean castle, navigate a war between elementals and more.

STORM THE WARFRONTS
Head to the frontlines and take part in a large-scale 20-player cooperative Warfront to claim a key strategic location. Build up your faction’s forces, lead the charge as your troops lay siege to the objective, and battle the enemy commanders as they make their last stand in this new PvE mode inspired by classic Warcraft RTS battles.

INFUSE ARMOR WITH TITANIC MIGHT
Take control of the Heart of Azeroth—a legendary neck piece entrusted to you by Magni Bronzebeard. Imbue it with Azerite, an invaluable resource that’s emerged in the Legion’s wake, to customize your armor with new powers and traits.

ENTER A WORLD DIVIDED
Experience the relentless conflict at the heart of the Warcraft saga. Play through six new zones filled with new World Quests, new World Bosses, new raids and more as you determine whether the Horde or Alliance will shape Azeroth’s future.

NEW LEVEL CAP
Stop the spread of the Blood God’s corruption, unearth the secrets of a lost titan vault, and much more as you quest to level 120.

NEW DUNGEONS & RAIDS
Fight through all-new dungeons like the golden city of Atal’Dazar, and the outlaw town of Freehold!

CHARACTER BOOST
Advance a new or existing hero character to level 110 instantly, and be ready to join your new allies in battle!