A few months ago, fans of the Darksiders series and writer/artist Joe Madureira have gotten pretty excited for a new project called Battle Chasers: Nightwar, a role playing game based on the Battle Chasers universe in development by Airship Syndicate, an indie team funded by Mr. Madureira and members of Vigil, the team behind the two Darksiders games. The game has been funded pretty quickly on Kickstarter, and development seems to be proceeding smoothly. 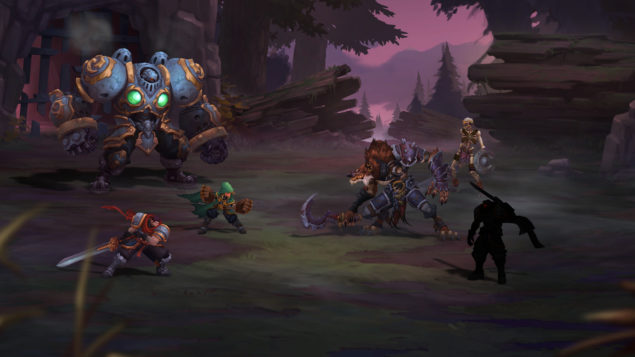 Things seems  to be going even better than anticipated, judging from the latest news of the game. A few hours ago, a new Battle Chasers: Nightwar trailer has been shared online, showcasing the game's comic book graphical style and some of its gameplay features. You can check out the new trailer right below.

The new trailer isn't the only good news on Battle Chasers: Nightwar that has come in recently. Developer Airship Syndicate has confirmed a new partnership with Nordic Games which will benefit Battle Chasers: Nightwar quite a bit, as all stretch goals that were out of reach, including additional content, cutscenes and full voice acting, can now be achieved thanks to a budget increase.

We nearly reached some very popular high-end stretch goals during our campaign, but didn't quite get there. Today we can announce - we HAVE gotten there, unlocking a few major features for the game...

This is due to a recently-finalized partnership with Nordic Games, which will increase the funds we have to make the game while also allowing us to focus on the game development itself, leaving the other stuff (marketing, localization, publishing, and so on) to our new comrades.

Battle Chasers: Nightwar is currently in development for PC and Mac as well as PlayStation 4 and Xbox One. A final release date has yet to be confirmed for all platforms.

Battle Chasers: Nightwar Already Well Over Half Funded On KS