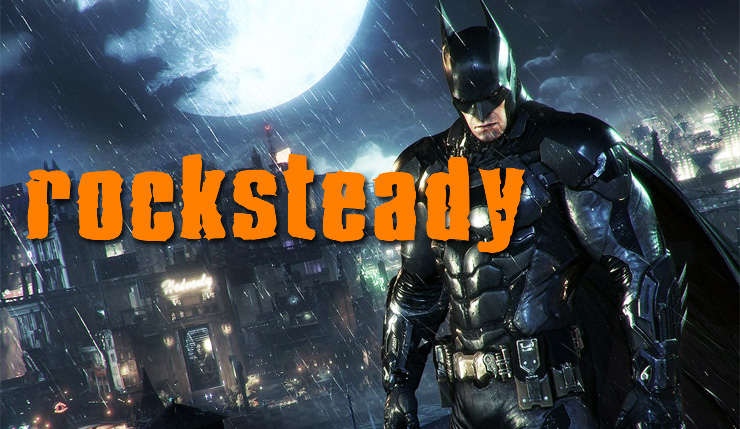 What the heck are the Batman: Arkham masterminds at Rocksteady Studios working on? It’s coming up on three years since they shipped Batman: Arkham Knight, and yet, we still don’t know what their next project will be. Well, whatever it might be, it seems production is in full swing. Rocksteady has revealed motion capture is about to begin for the mystery project.

The Rocksteady Mocap studio. Calm before the storm... pic.twitter.com/creAOFtsBW

Oh, and video game voice actor extraordinaire Troy Baker decided to add a little fuel to the fire by responding to the tease.

Earlier this month, Rocksteady also posted this peek at their mocap team.

Hmmmm! So, is there anything we can glean from these clues? That definitely looks like a classic superhero team pose by the mocap crew. Could Rocksteady be working on a Justice League game? That would certainly make sense. But what to make of Troy Baker responding to the most recent tease? He voiced Robin in the Batman: Arkham games, so, could we possibly be getting a Teen Titans title?

We have been assured by Kevin Conroy himself that another Batman: Arkham game isn’t in the works, so we can probably rule that out. Unless Kevin is gaming us. Whatever’s happening, you can be assured it’s going to be a big deal…

Be patient, fans. I know we're not talking right now... but when we do, people are going to lose their minds. Can't wait 😀

What do you think Rocksteady is cooking up? What would you like them to make? As a hardcore DC nerd, I’d love for them to tackle one of the universe’s more obscure teams. Where’s my darn Metal Men game?